Seafarer’s Pension Fund (MEK) is an authorised pension provider that handles statutory earnings-related pension provision for seafarers. Workspace was involved in designing MEK’s new premises and working methods back in 2016 for its office on Uudenmaankatu. The year-old premises suffered a fire, and planning work for extensive renovations to the property began around the same time. These two separate things made MEK consider moving elsewhere.

MEK owns the historically valuable property of Kanavaranta 9, situated next to the guest harbour in the Katajanokka district of Helsinki, and decided to convert the property into a modern seafaring building. The extensive renovation of the building was an act of history for the Seafarers’ Pension Fund. Built in 1906 and converted by the previous owner into offices in 1980s, the old seaside warehouse and magazine building is also in a prime location for the pension fund’s office.

In addition to modernisation of the building services and spaces, the property was comprehensively developed. Renovations were carried out on the building’s outer envelope, its ventilation, water, and electricity systems, and in its interior spaces. Property development was taken forward with MEK and Innovarch Oy, which acted as the principal designer. Participatory workshops were carried out together with core teams to confirm that important perspectives had been taken into account and that there was an in-depth understanding of the extensive project.

“By working together, we created a comprehensive and functional concept for the building.” Eva Kober, Workspace Oy

The principles of interior design followed the concepts for space and interior design created during the previous project. The plans were adapted for use in the historic property and accounted for the building’s architectural style and period. Another point of note was that the old magazine floors in the building were listed, which had to be considered in design and implementation.

Modern working methods in a historical environment and seaside scenery

The Seafarers’ Pension Fund is a leader in wellbeing at work in the seafaring industry. The organisation represents strong expertise. MEK wanted a fresh look that would combine expertise, the sea, and a Scandinavian feel into a driving force for the space. Materials were selected based on sustainability, genuineness and how easy they are to maintain. Maritime-themed art and historic objects owned by the Seafarers’ Pension Fund were also placed in the spaces.

“We set out to work together with Workspace to construct spaces that bring the seascape into the building through the maritime art and through the colour and texture palettes.” – Marina Paulaharju, Director (CCO), Seafarers’ Pension Fund

Inspiring spaces as well as spaces suitable for focus work were designed in collaboration for the activity-based workplace. The spaces also considered the data security of the Pension Fund’s customers with sufficient storage and archiving space.

Afternoon coffee in a shared café

Part of the building was intended for use by the Pension Fund while part was designed to be leased out and shared. Shared conference and café areas were conceptualised for the building’s users. The shared conference areas, a larger work café, cleaning facilities, and cloakrooms and shower facilities are located on the building’s 1st and 8th floor. They are used by customers, stakeholders, and others working in the building. Laid-back meetings take place in the form of afternoon coffee at the work café, for example.

Shared use allows for more work points and smaller conference and meeting areas on other floors. In addition, the shared use also increases social interaction and movement through the building, for staff and for other people. And a few more steps during the work day won’t hurt! 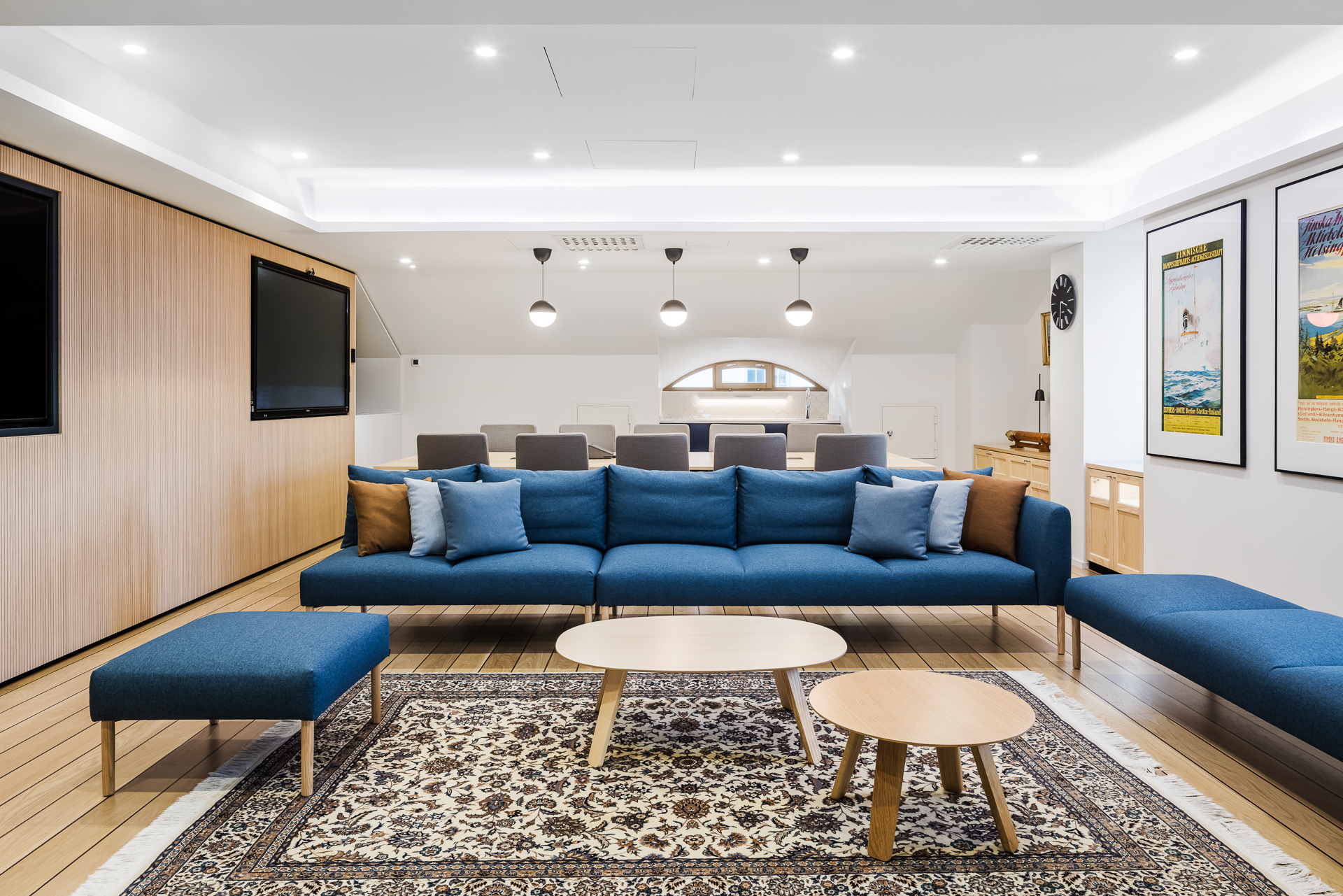 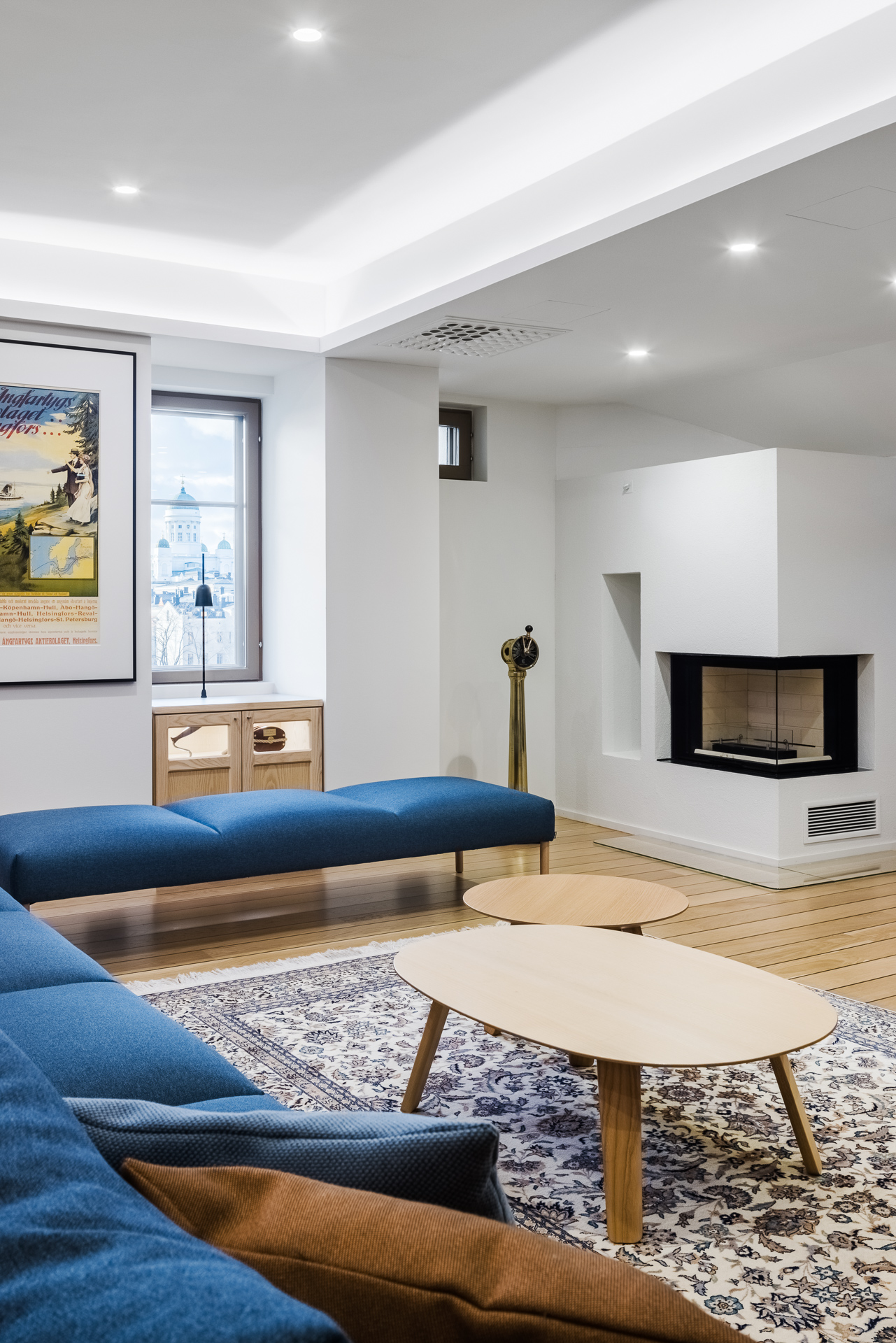 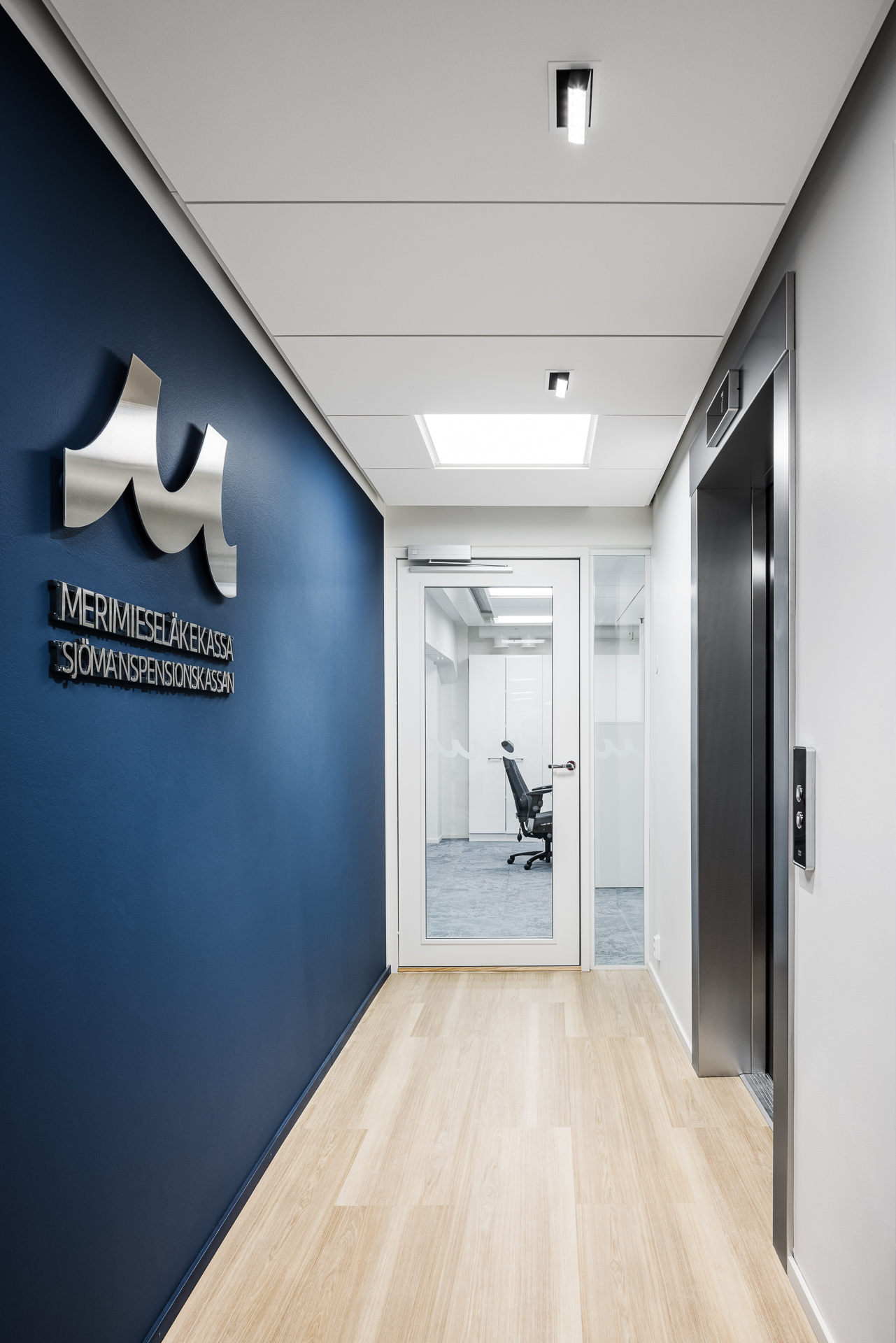 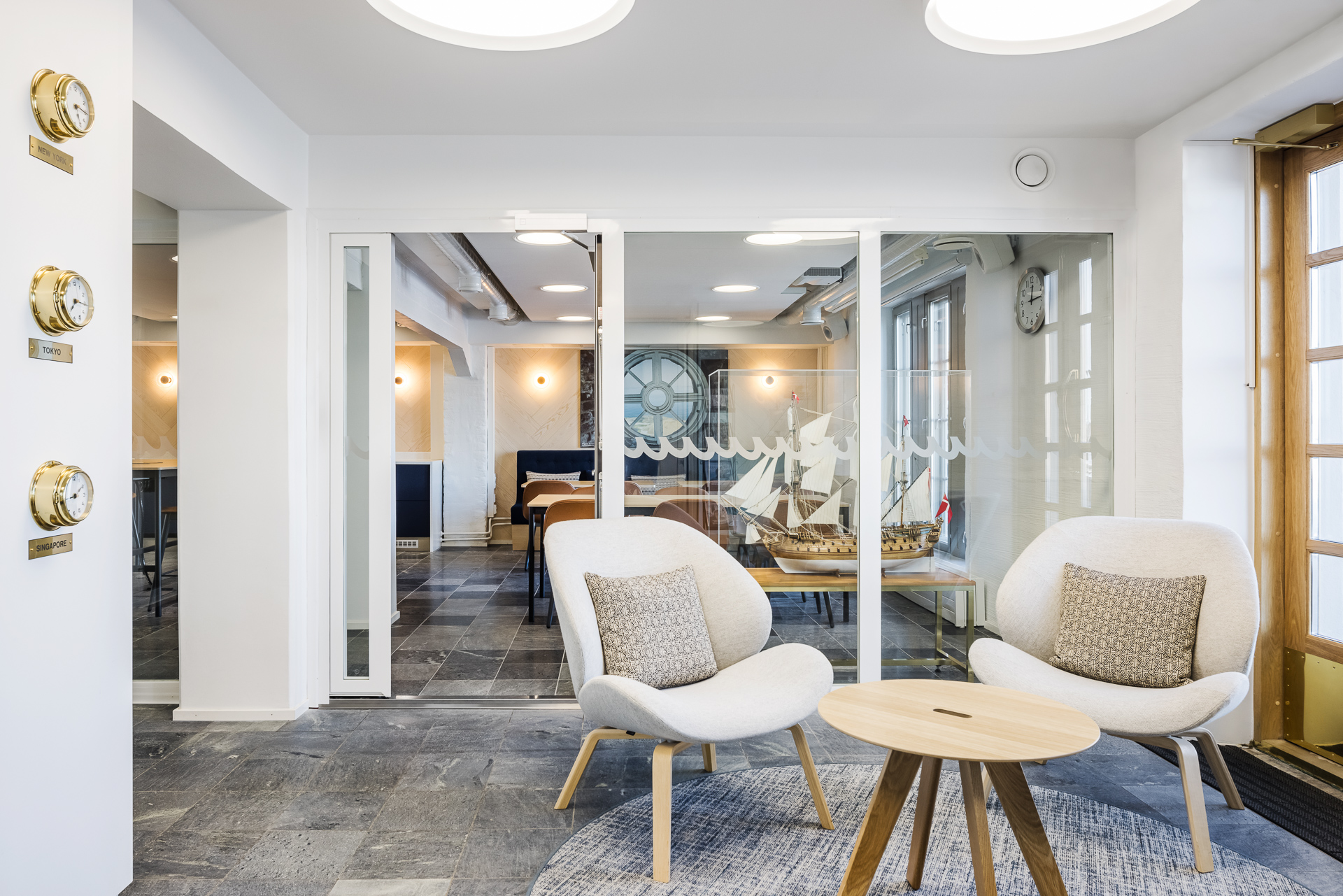 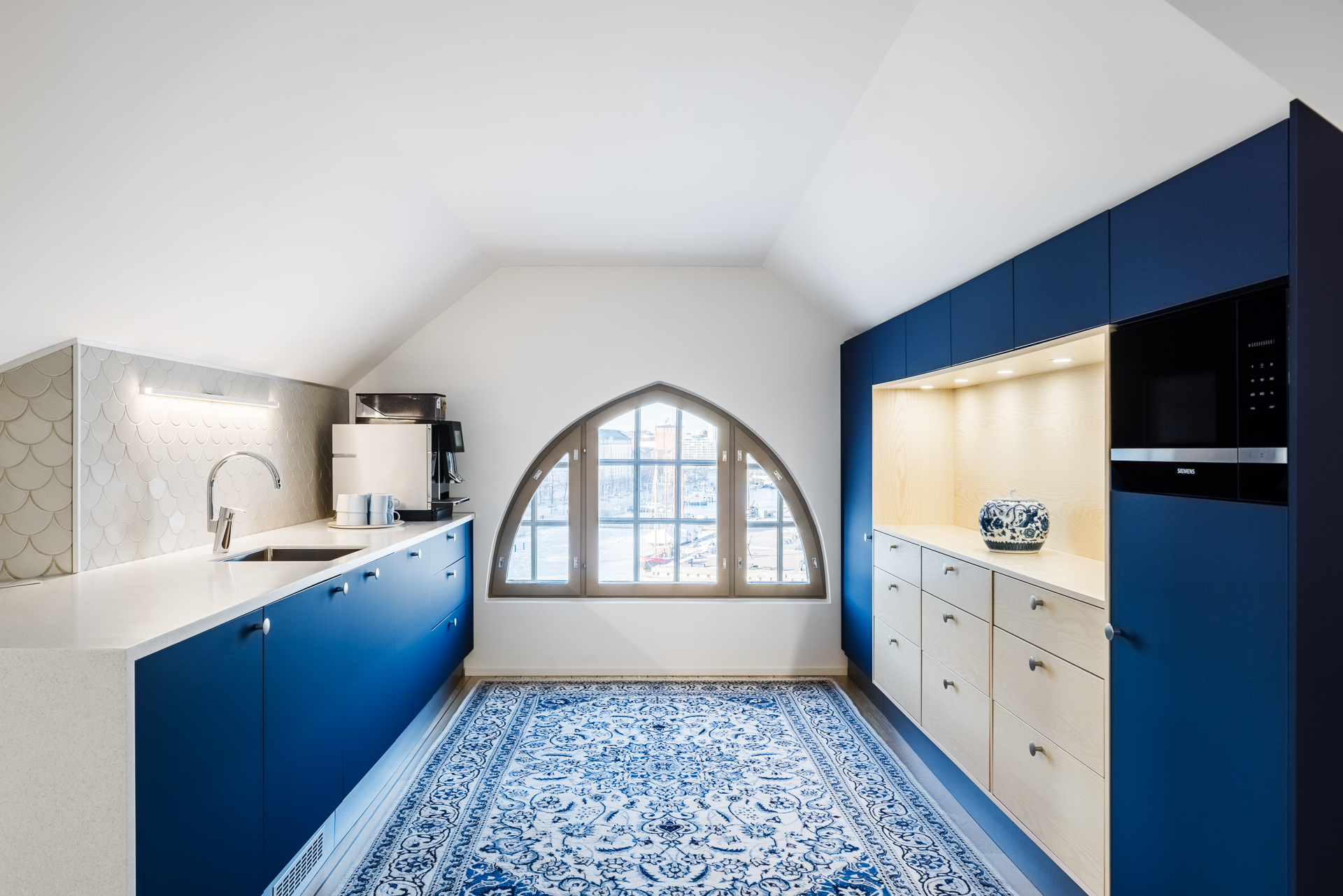 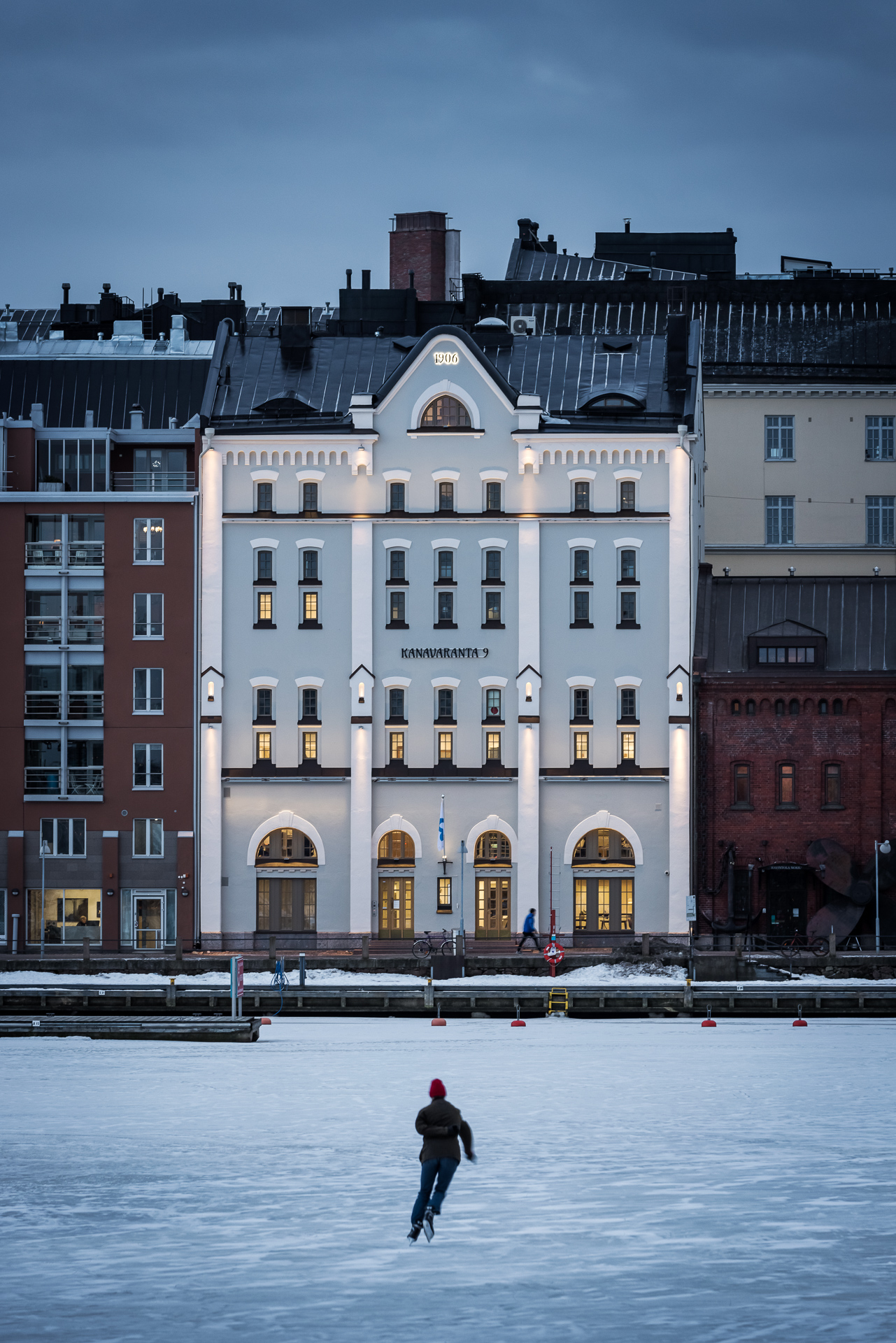 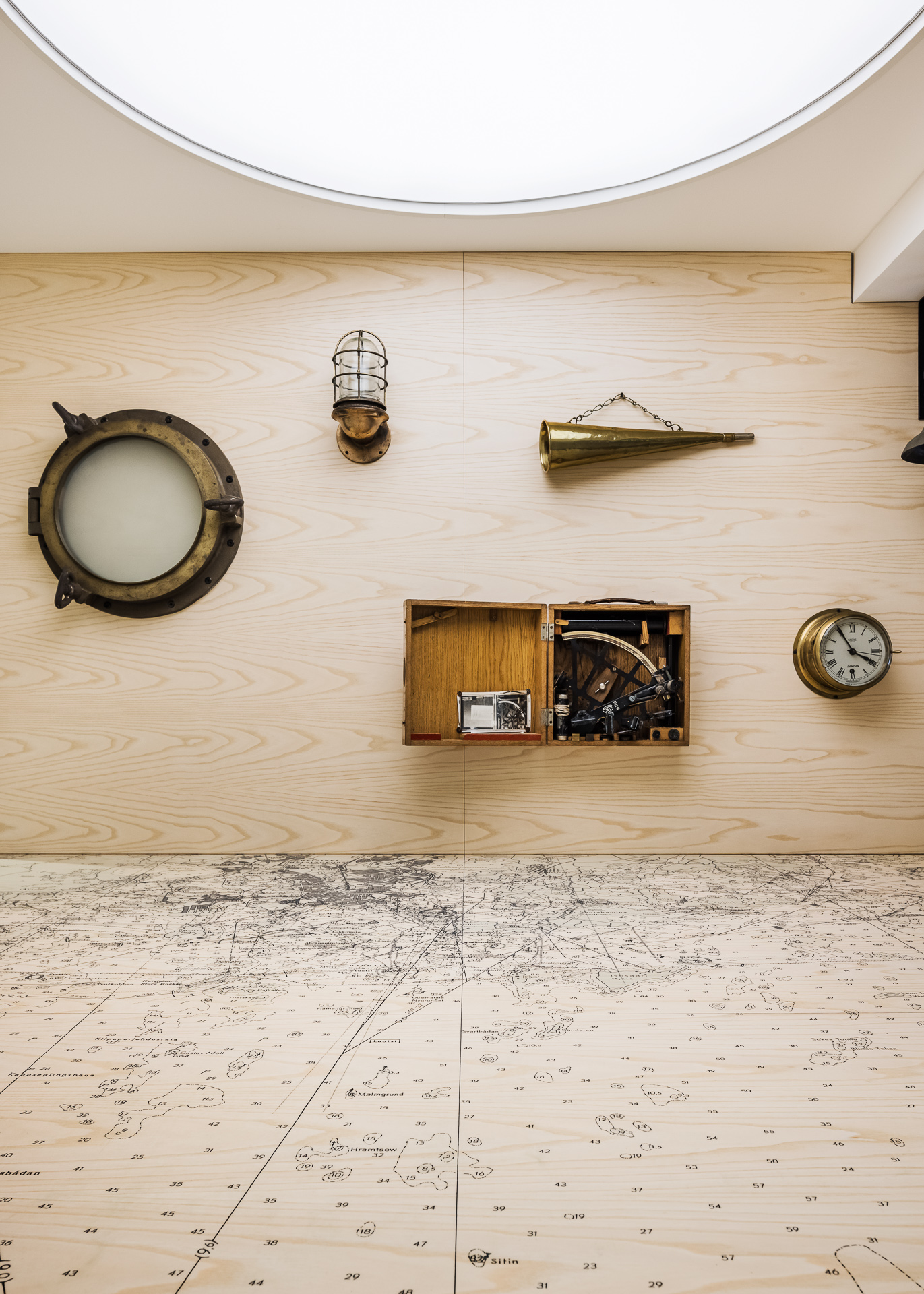 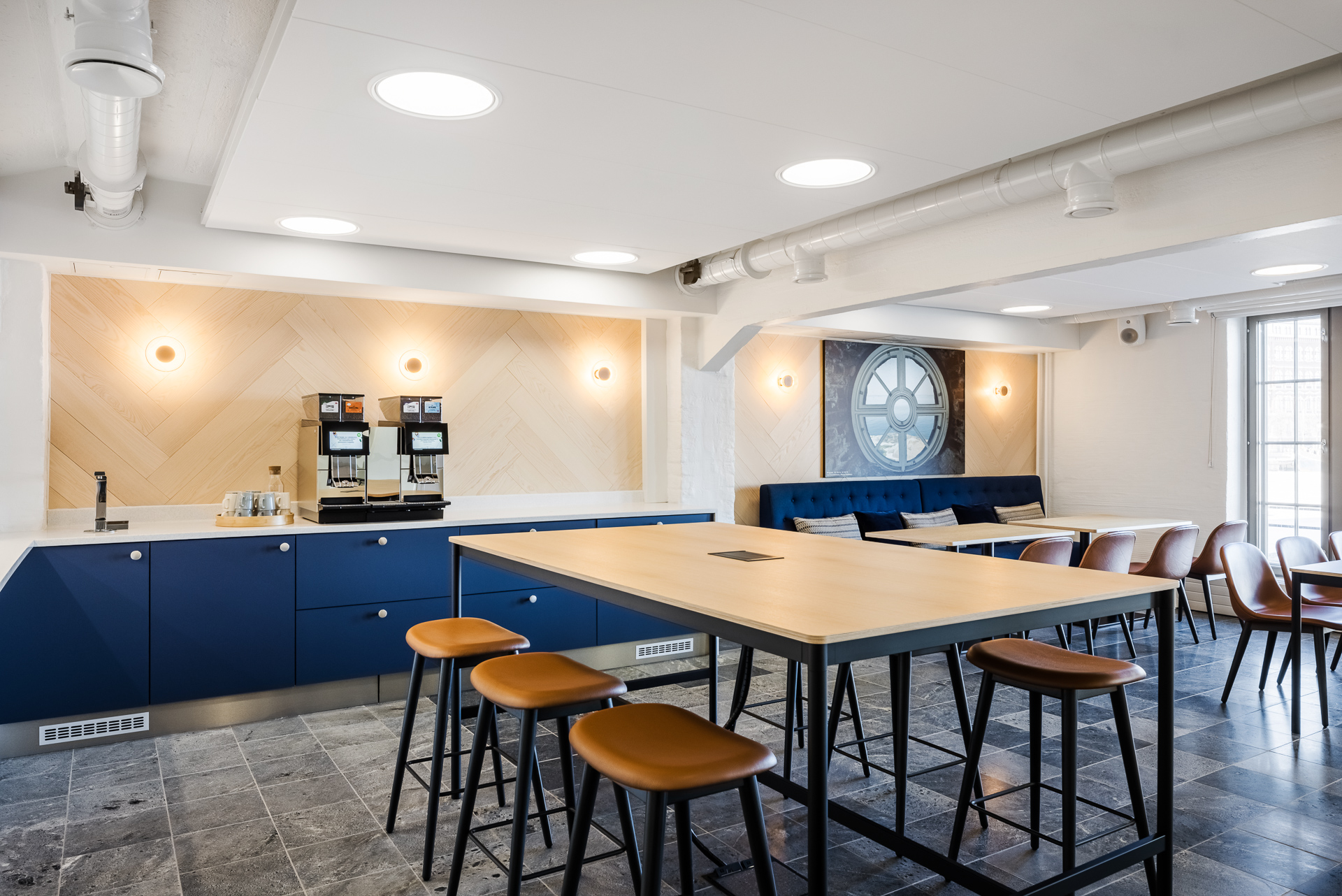