The functions of VR Group’s main office were moved from Helsinki’s central railway station to Iso Paja in Länsi-Pasila in May 2018. Pasila was quickly built into one of Finland’s busiest stations. That makes this new traffic hub more than just a natural location for VR’s head office. Workspace’s role in the project was to work with VR staff to determine future working methods, to challenge and support them in their change, and to provide help and guidance with implementation. We were also responsible for designing the space, for the visual appearance, and for managing the work site with regard to VR.

The Iso Paja project developed new working methods for staff, but those same methods were also applied in the design and construction phase of the project: designers and builders collaborated smoothly thanks to open interaction and shared 3D modelling. The building’s main user, VR, was at the heart of the project. The project listened to the user from start to finish.

Work was carried out with care: materials, furniture and work points were tested in different groups before final decisions were made. This ensured that all of the furniture worked for the numerous applications for which they were designed. The adaptability of the spaces played a key role throughout the project. The spaces are easy to adapt now and in the future. Construction was also made easier as design used standard solutions that can be adapted to different purposes. Conference spaces, for example, can be adapted based on the nature of a meeting by moving furniture.

An open flow of information was one of the main objectives, and that’s why the decision was made very early on in the project to facilitate movement through the spaces. A stairwell between floors 2-6 was opened up in connection with the versatile break area in the centre of the floor. The clear zoning of the spaces helped the staff to gain an overall perception of the space. In addition to project spaces being located in the centre of the floor in connection with the break areas, conference spaces were concentrated in a single wing. Particular attention was paid to the acoustic properties of conference areas and auxiliary spaces during the project, and they were confirmed with measurements at the end of the project.

Workspace was actively involved in VR’s work community throughout the project to achieve the best possible result. “Along the way we encountered everything you might expect: doubts, discussions, shared discussions, rich interaction, and passionate enthusiasm. It was a fantastic journey towards something new,” says Minna Söderholm, Workspace’s change management consultant.

The aim was to make implementation of the space easy. Everyone was assigned a locker containing a VR-themed moving box after the move. After unpacking the box, the locker could be used as an office bag and storage place for other personal belongings. In addition to personal lockers, the workplace also has team cabinets which are shared by staff. Other daily support functions such as a printing point, cloakroom, WCs and sorting areas are located near to the lockers.

“The workplace renovations build upon the original plans designed by Eliel Saarinen over one hundred years ago. A step in development from the time of the Tsars to the present day was just the beginning. Iso Paja means “Great workshop”, and as the name implies, it’s a place where the way things are done changes constantly. Electric desks, telephone booths or open cafés are not used to create new frameworks; instead, the aim is to free ourselves of those confines entirely – by creating opportunities for the group’s real strengths: ironclad experience, multidisciplinary expertise, bold development work, and strong teams,” says VR Group’s procurement manager Jani Jääskeläinen.

In addition to VR’s premises, we also worked in close cooperation with principal designer L-Arkkitehdit to design spaces for the first floor of the building. The large, 250-seat staff restaurant, auditorium, conference centre and reception are an active and refreshing area for both work and dining. 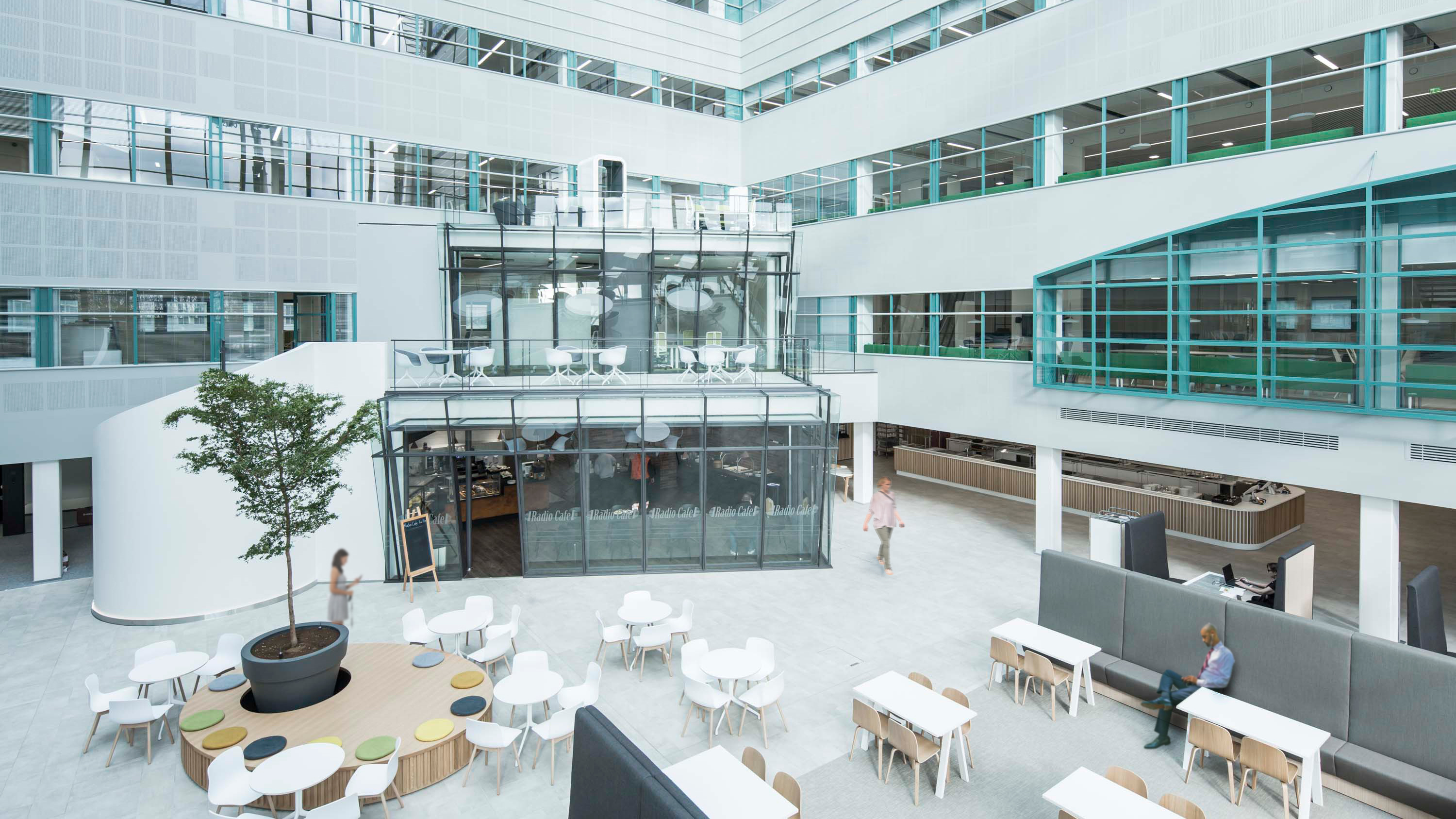 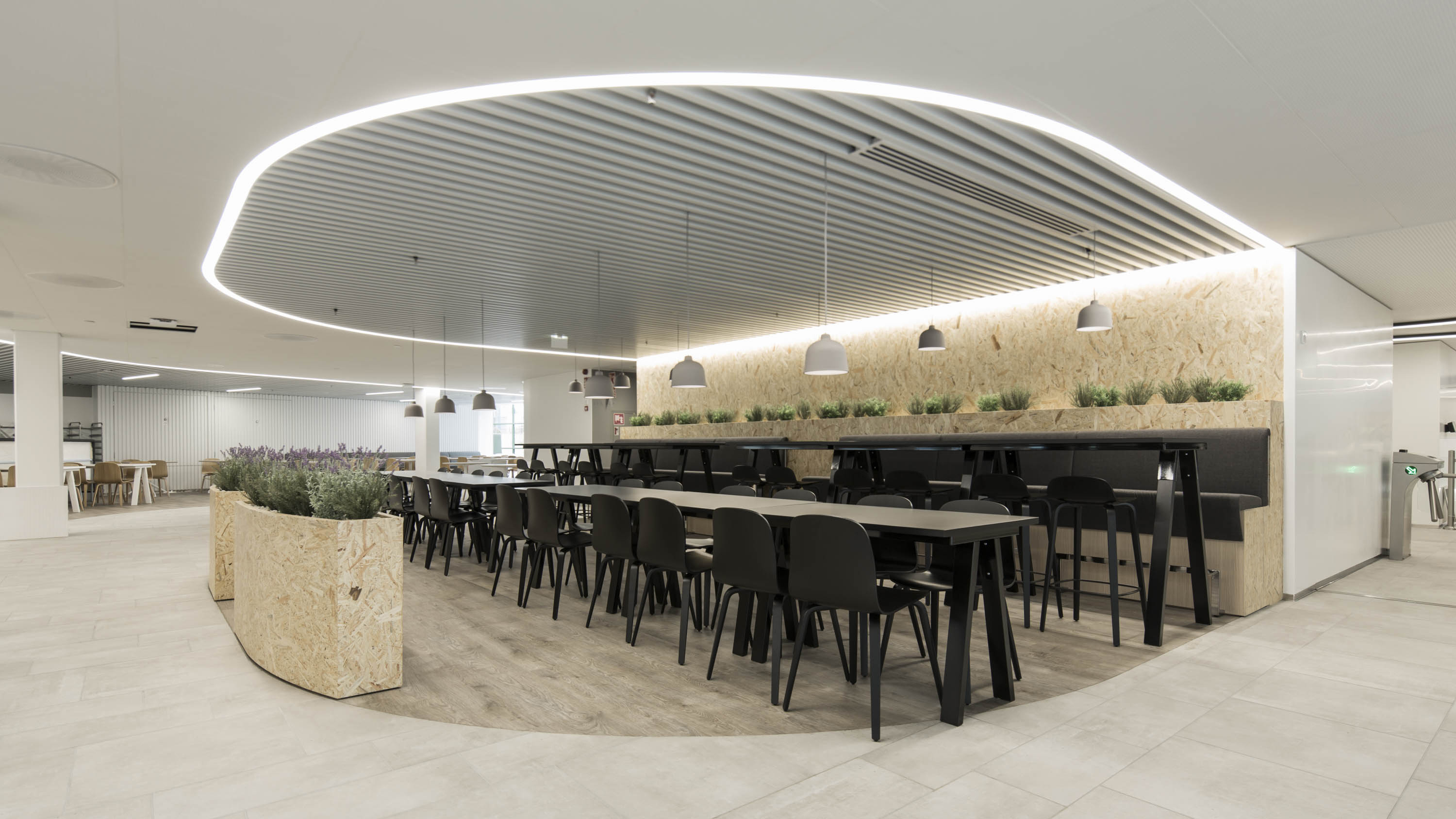 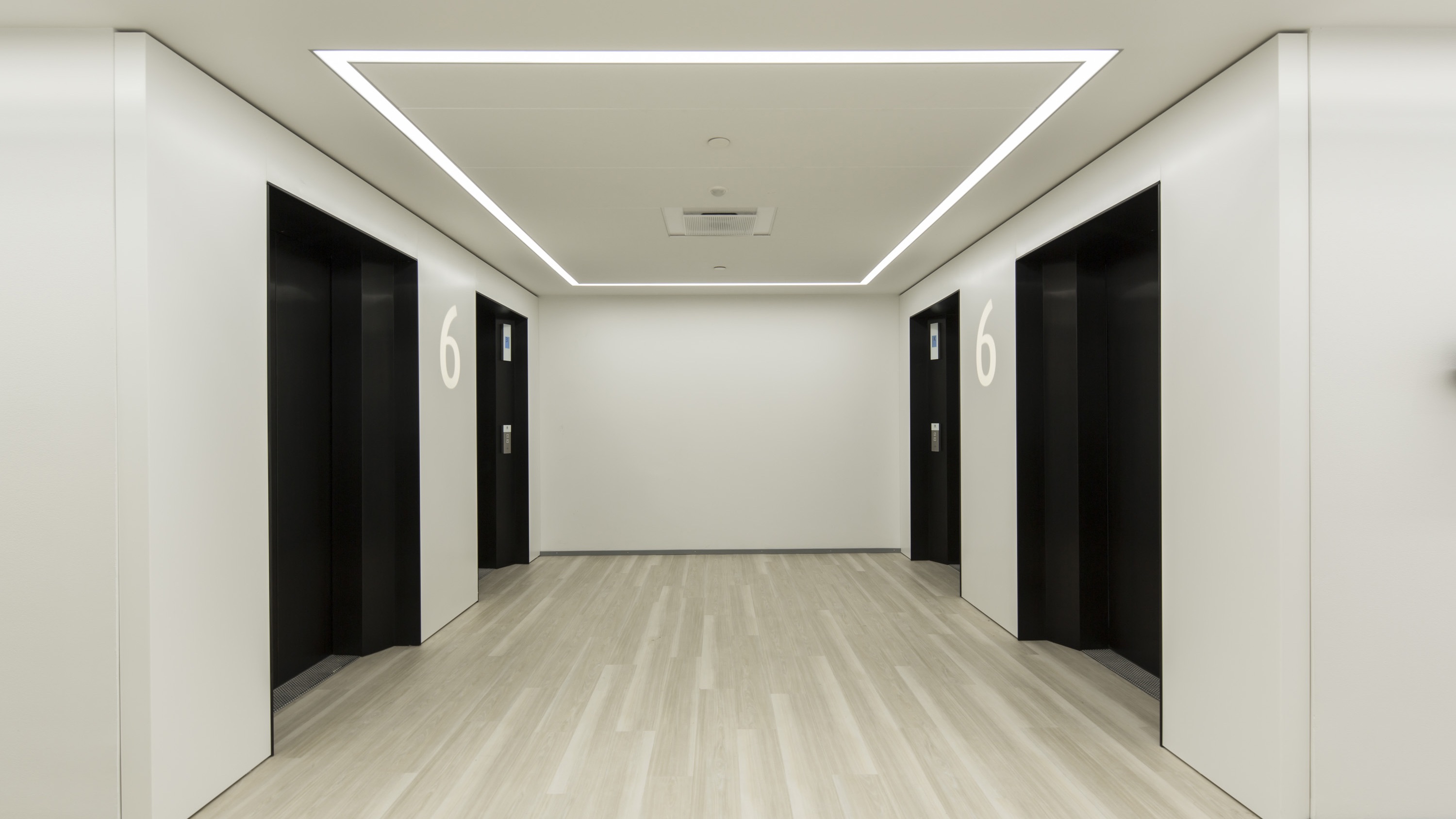 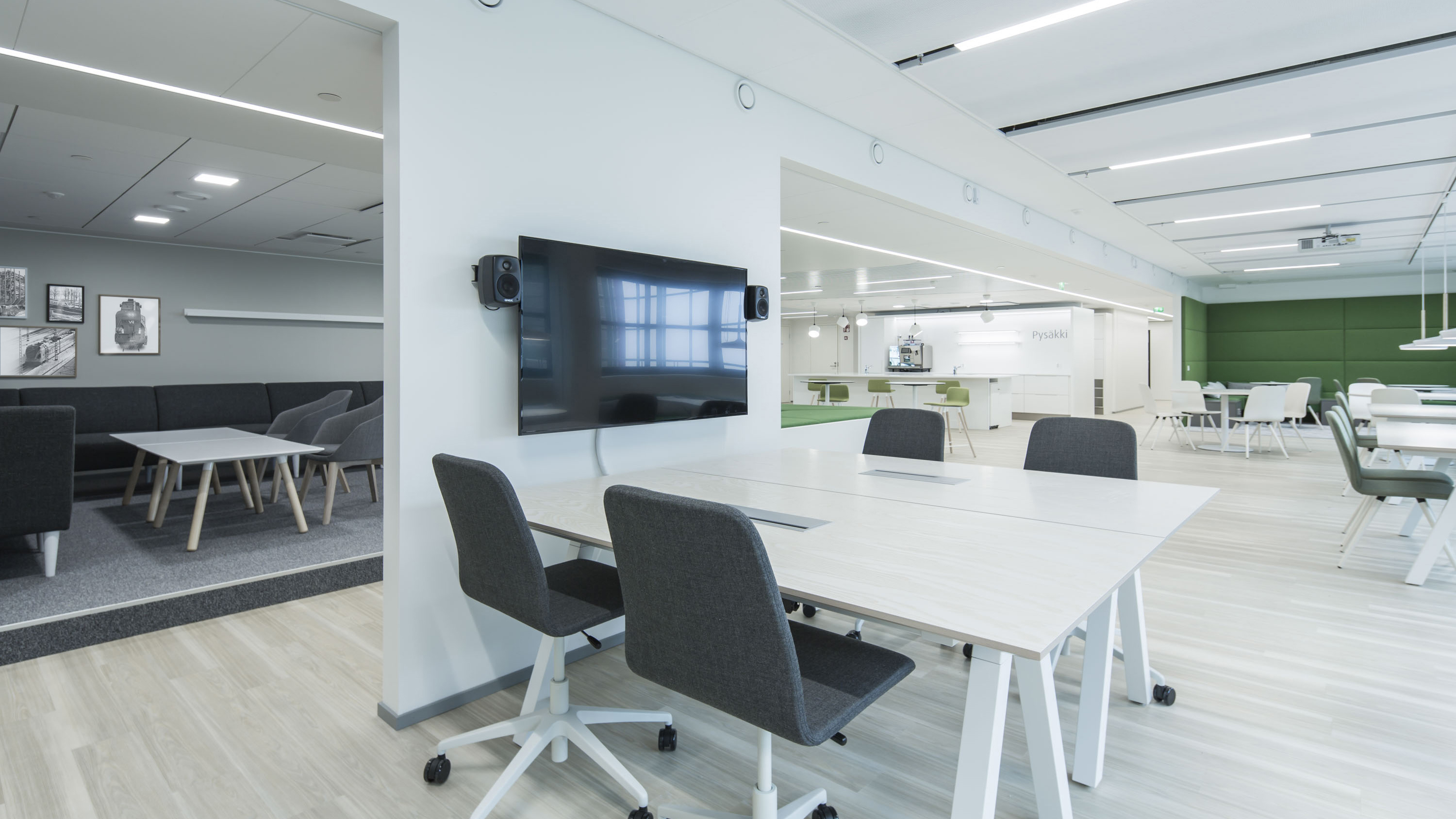 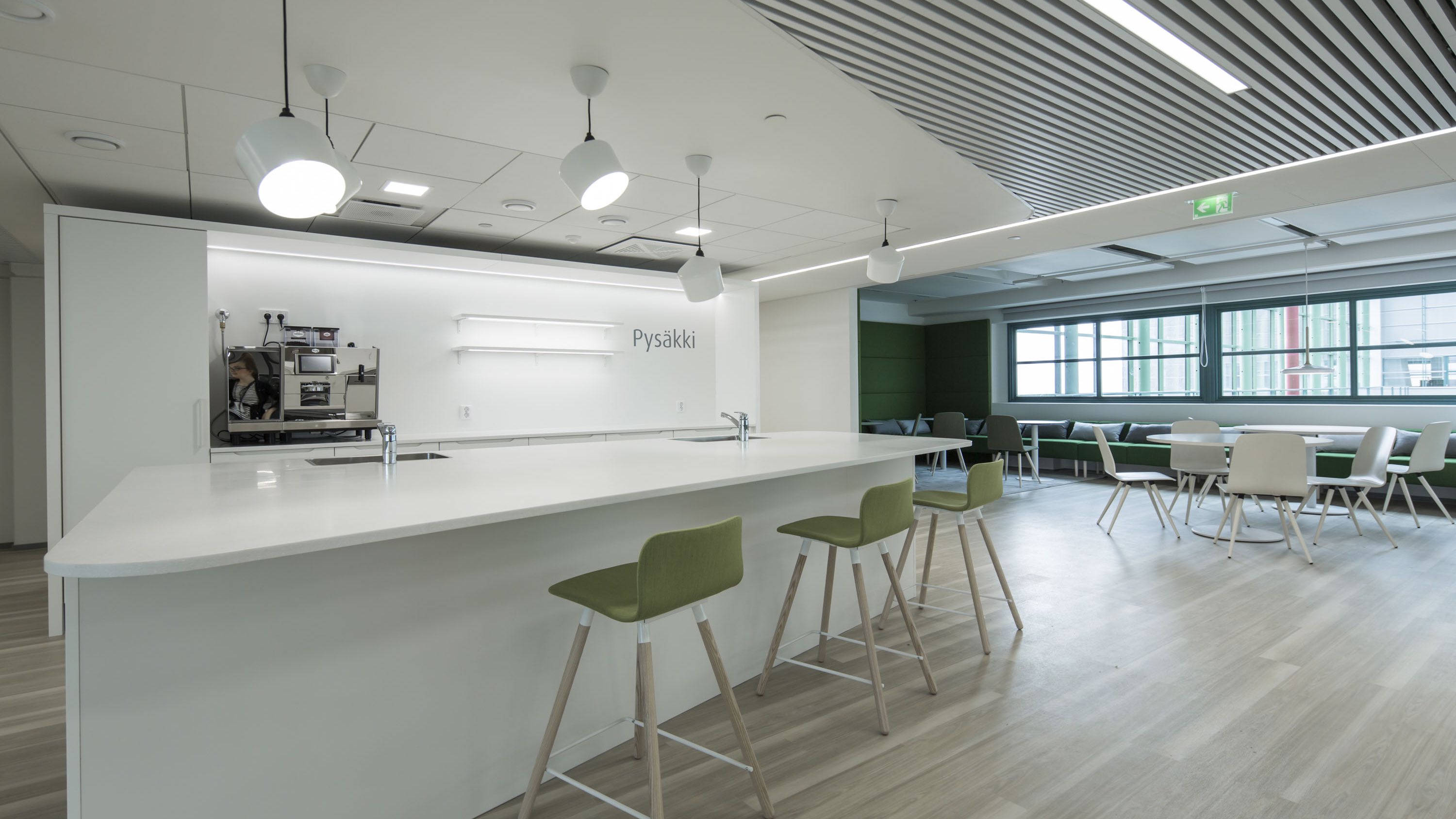 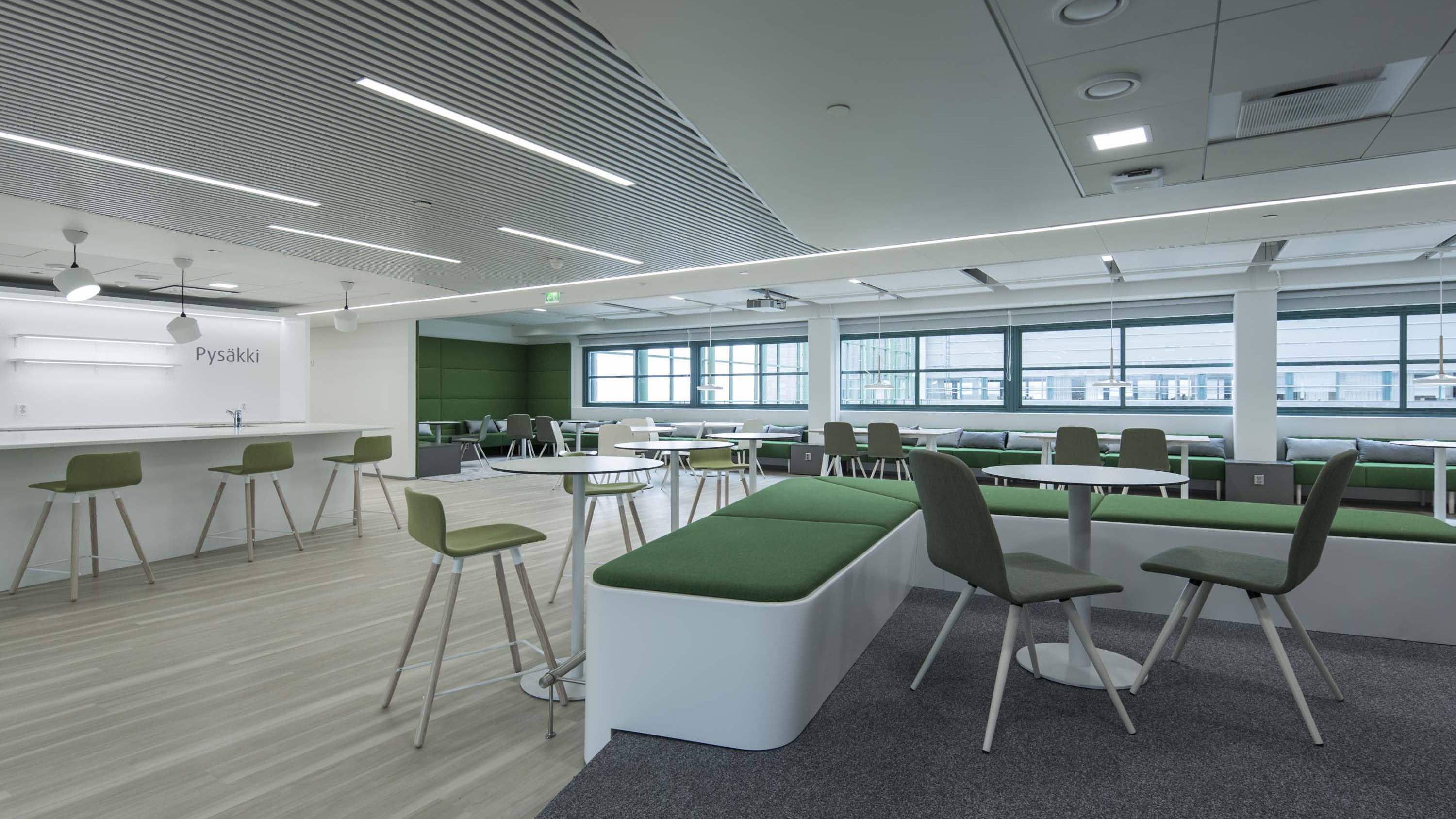 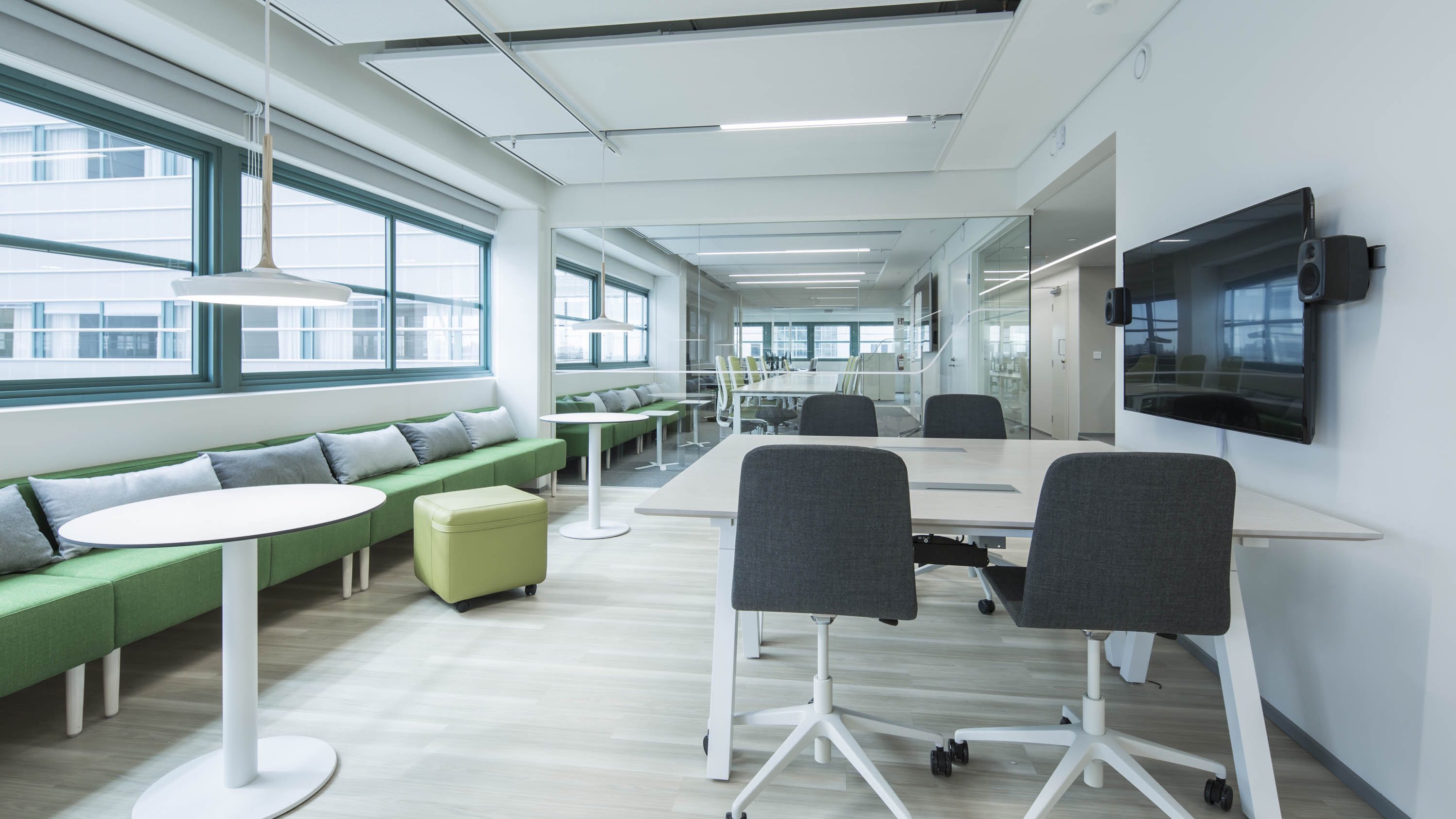 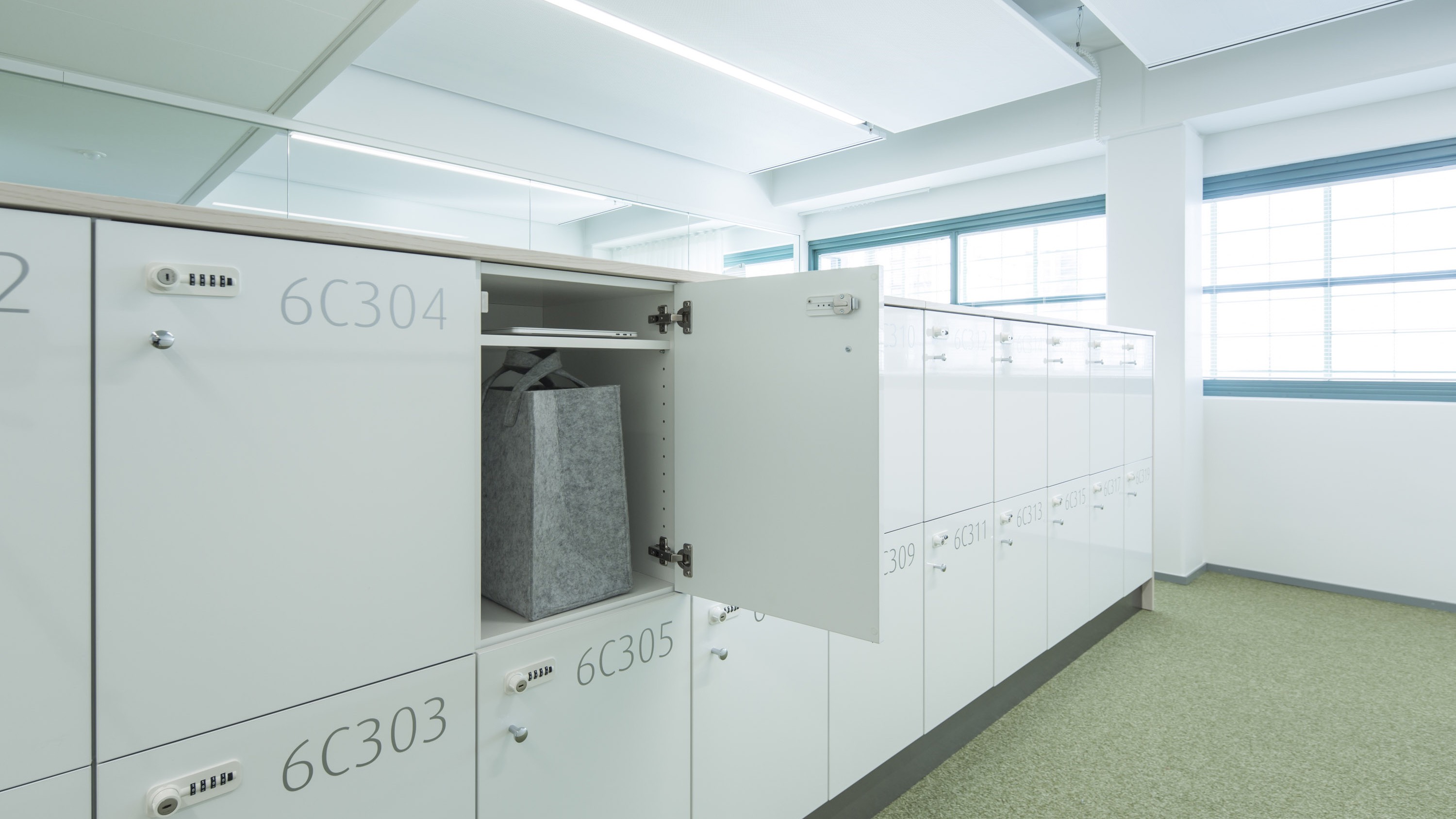 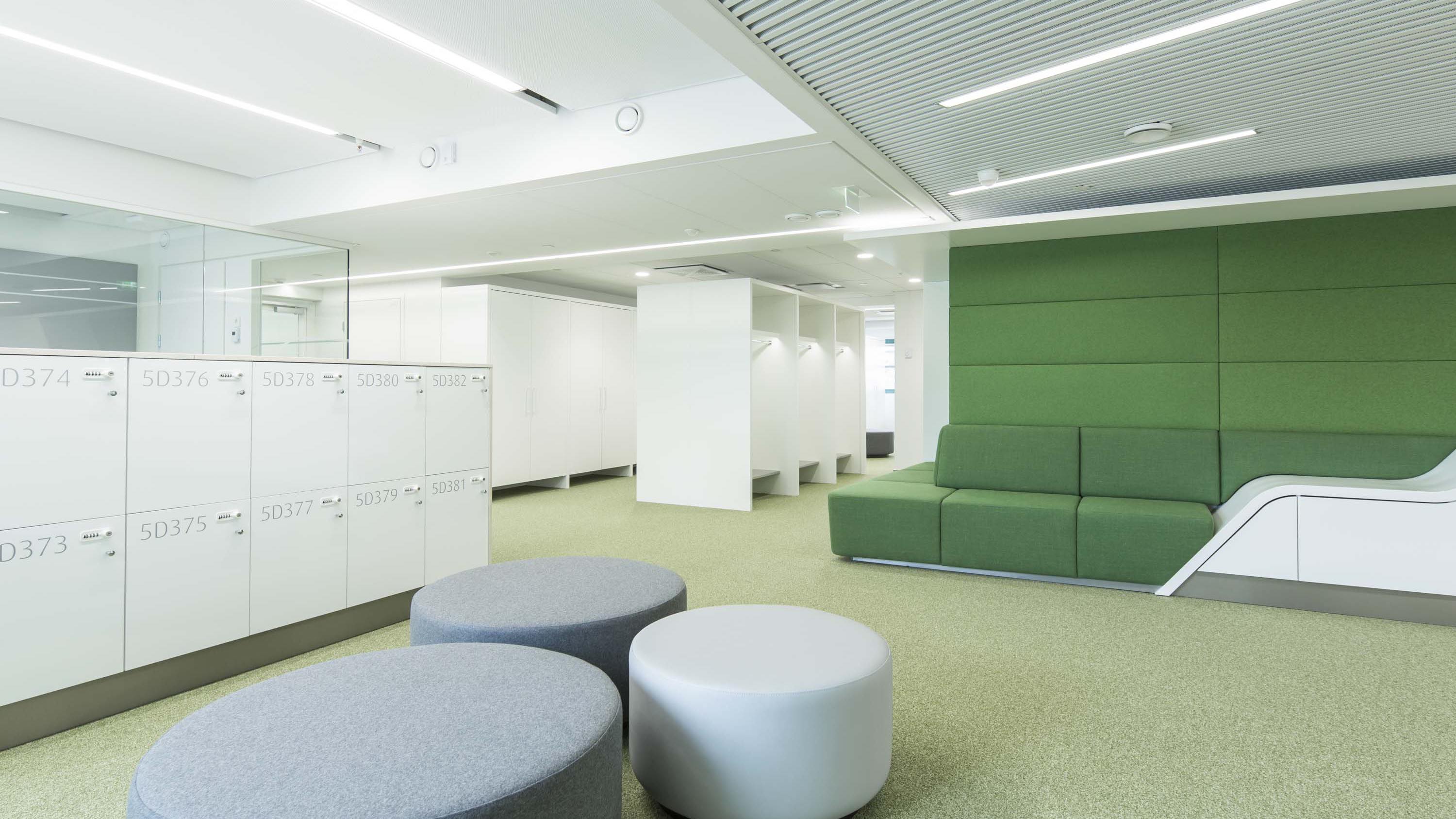 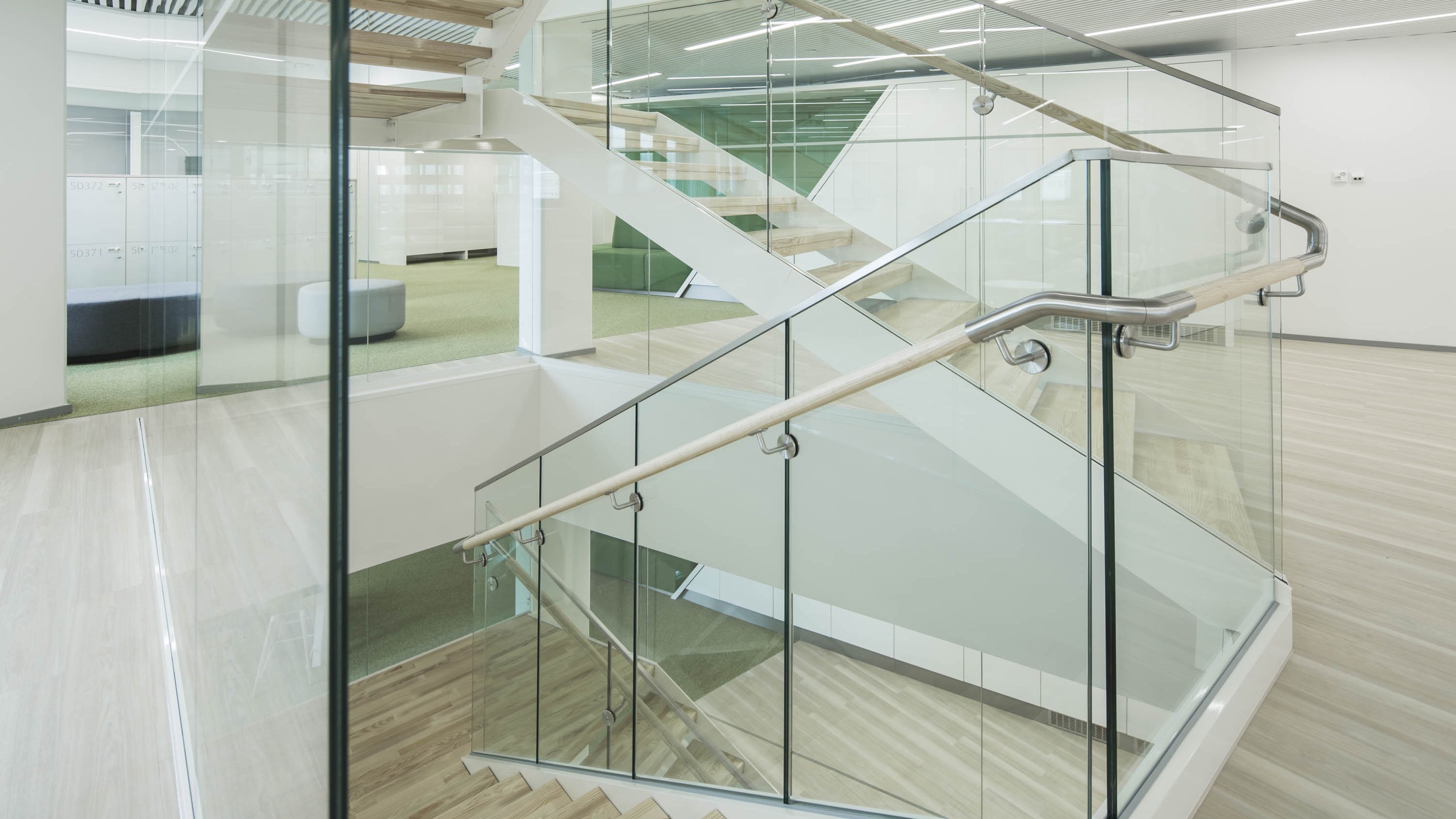 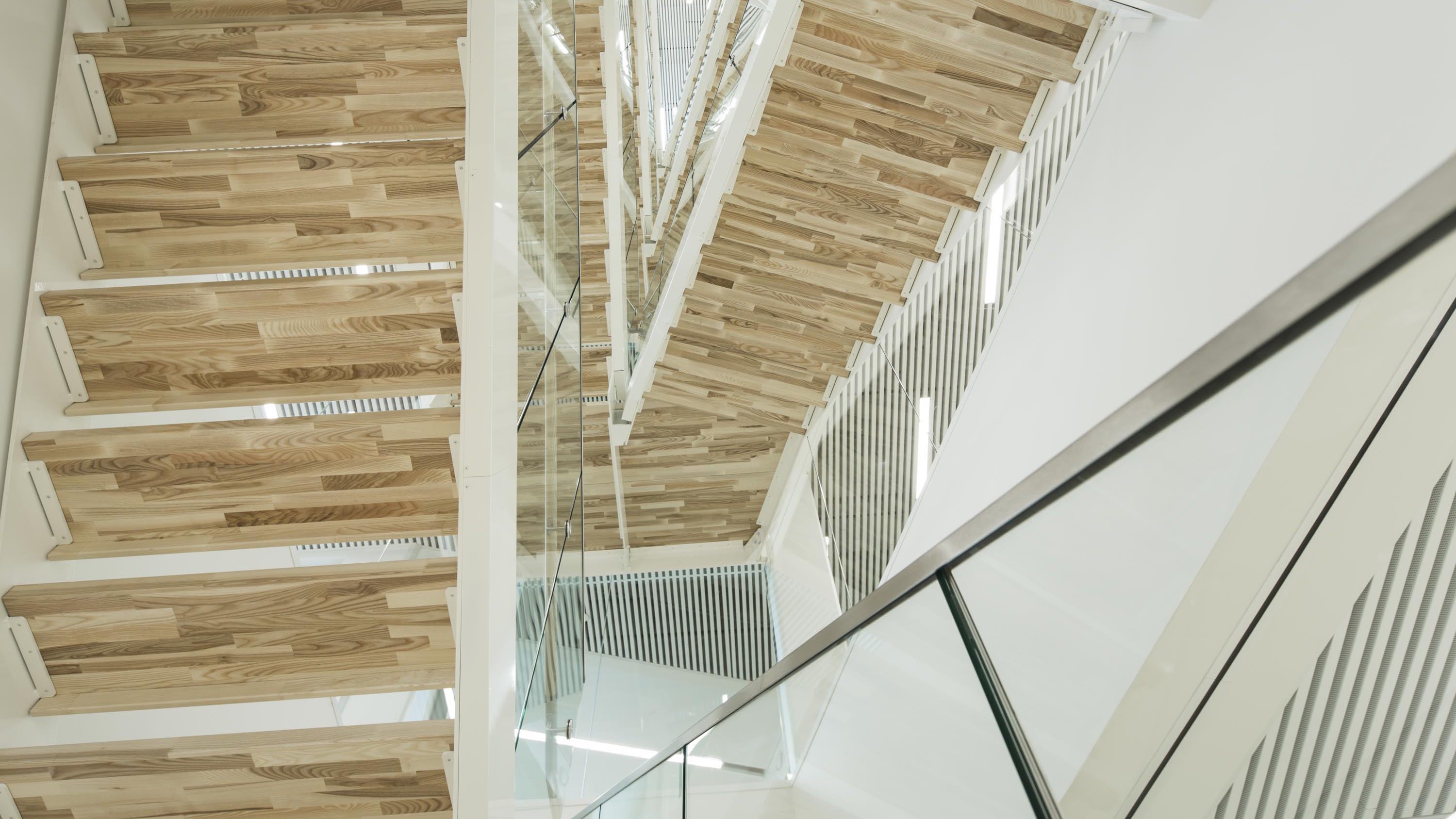 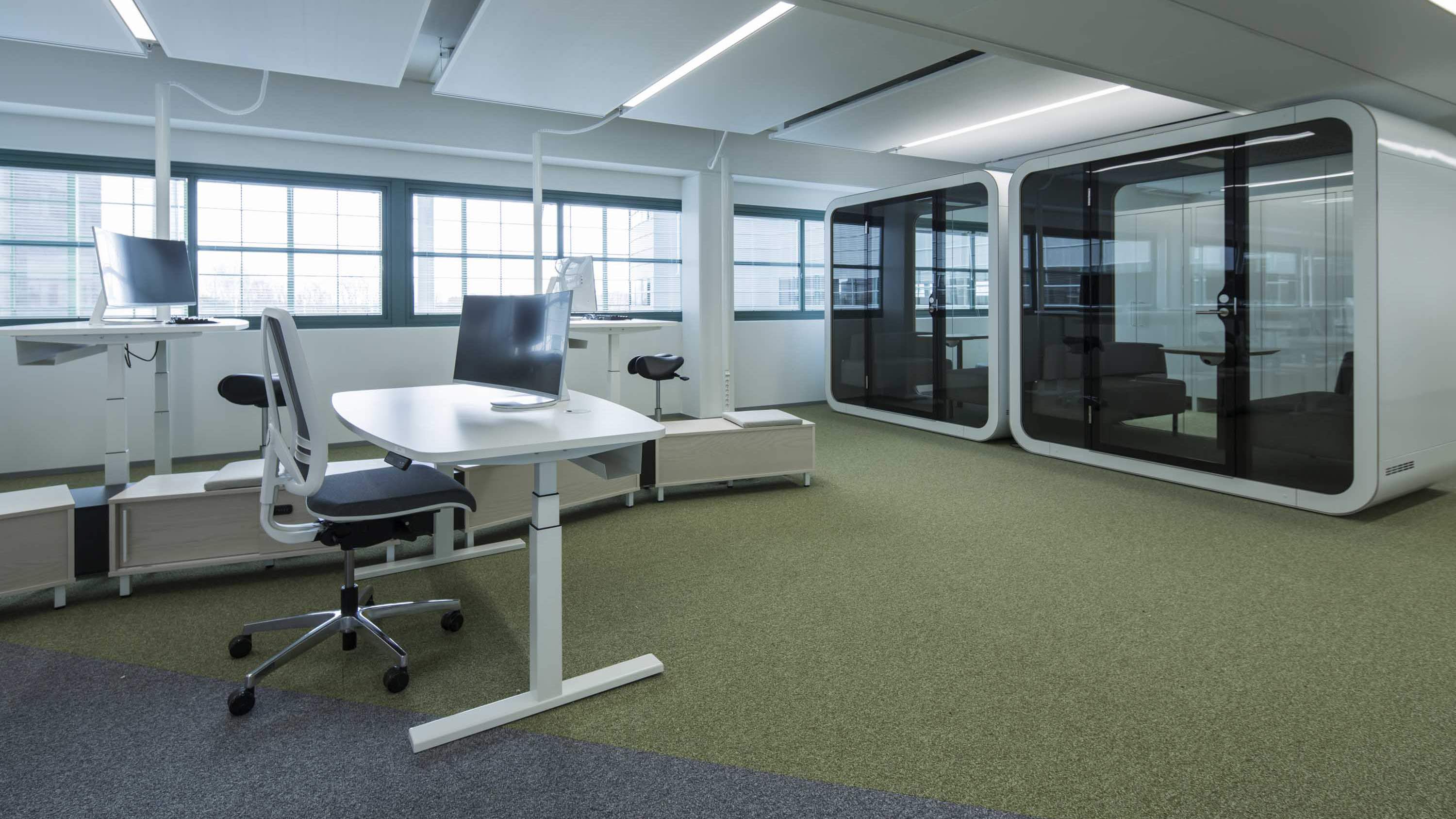 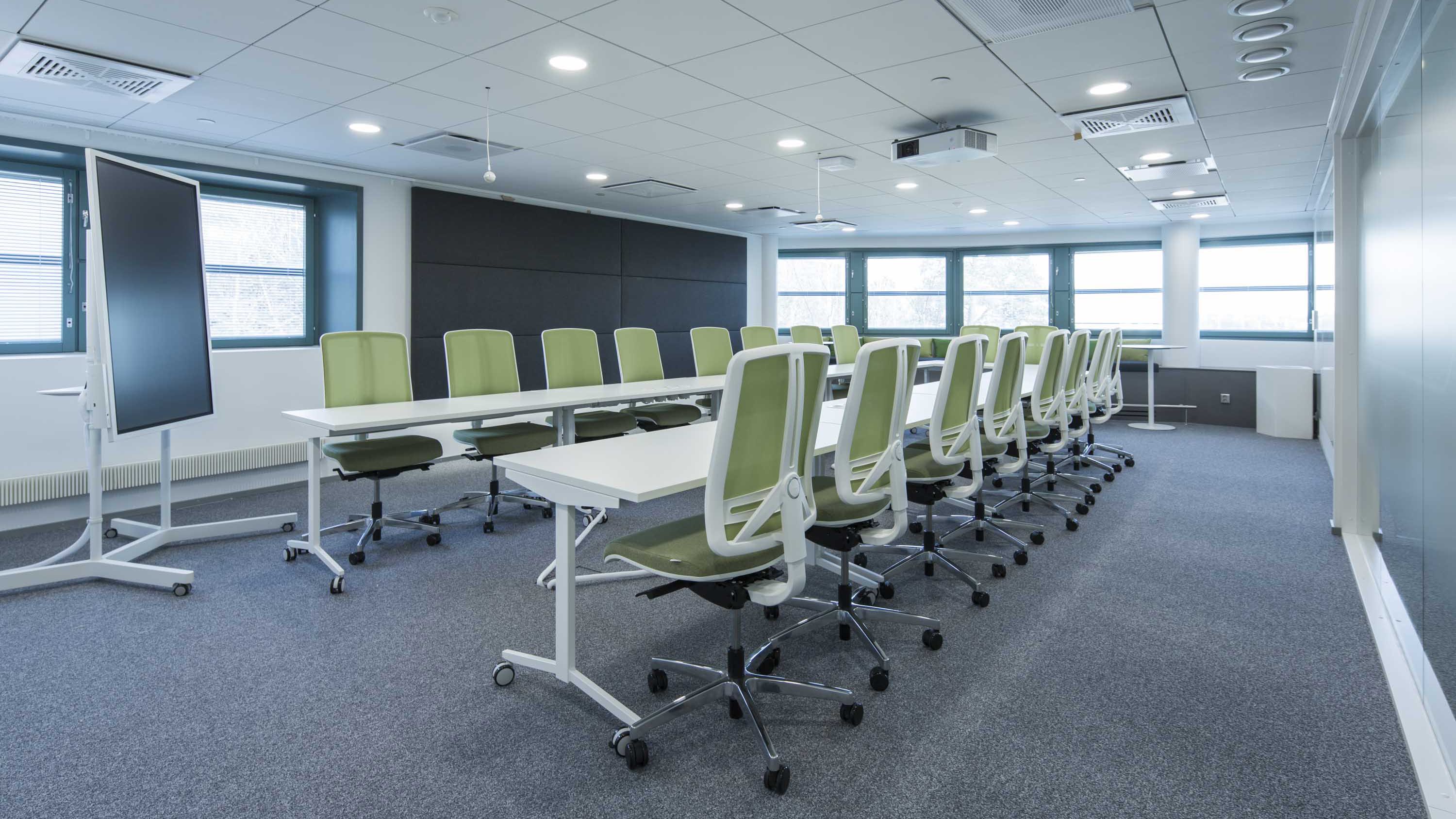 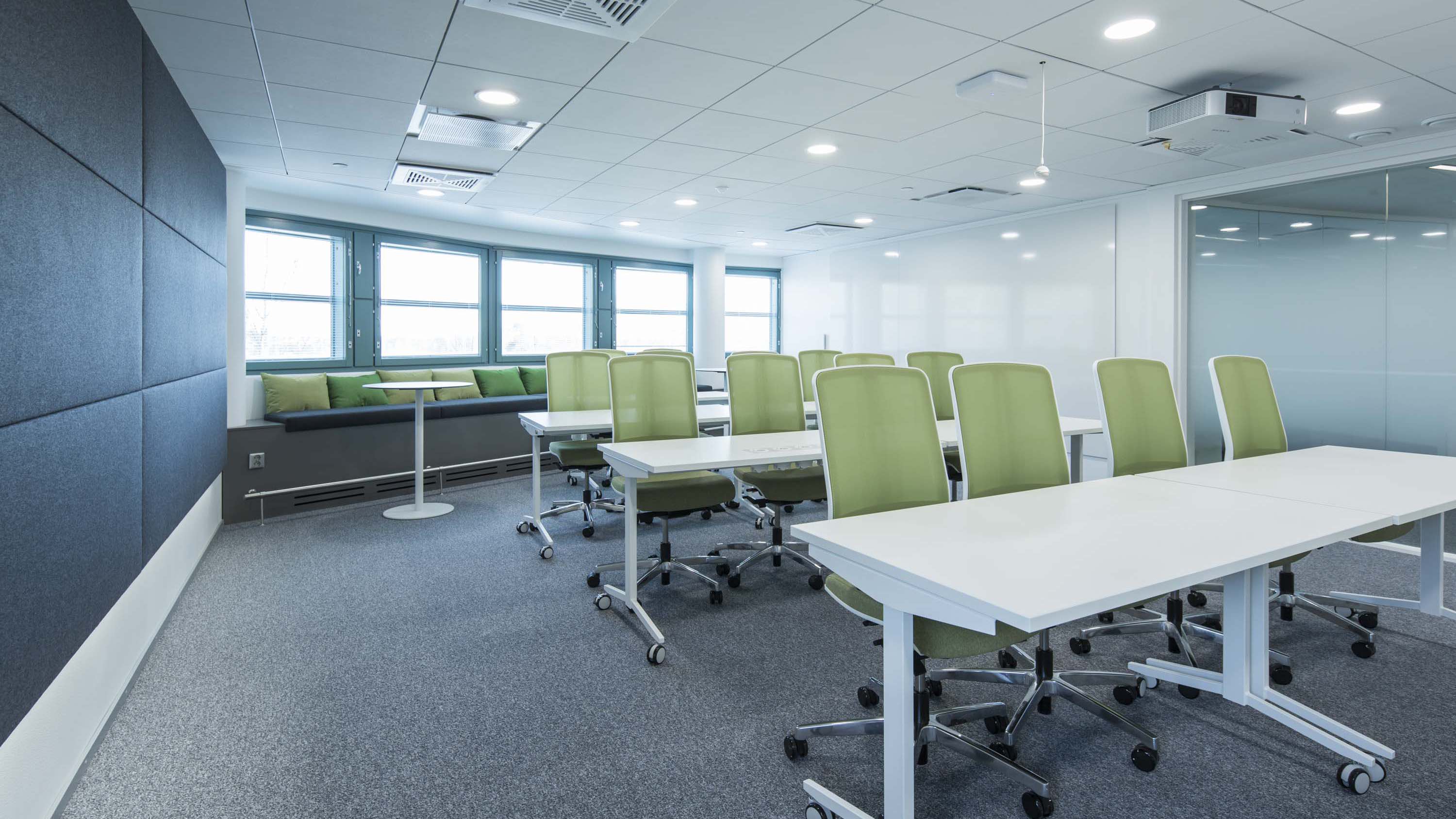 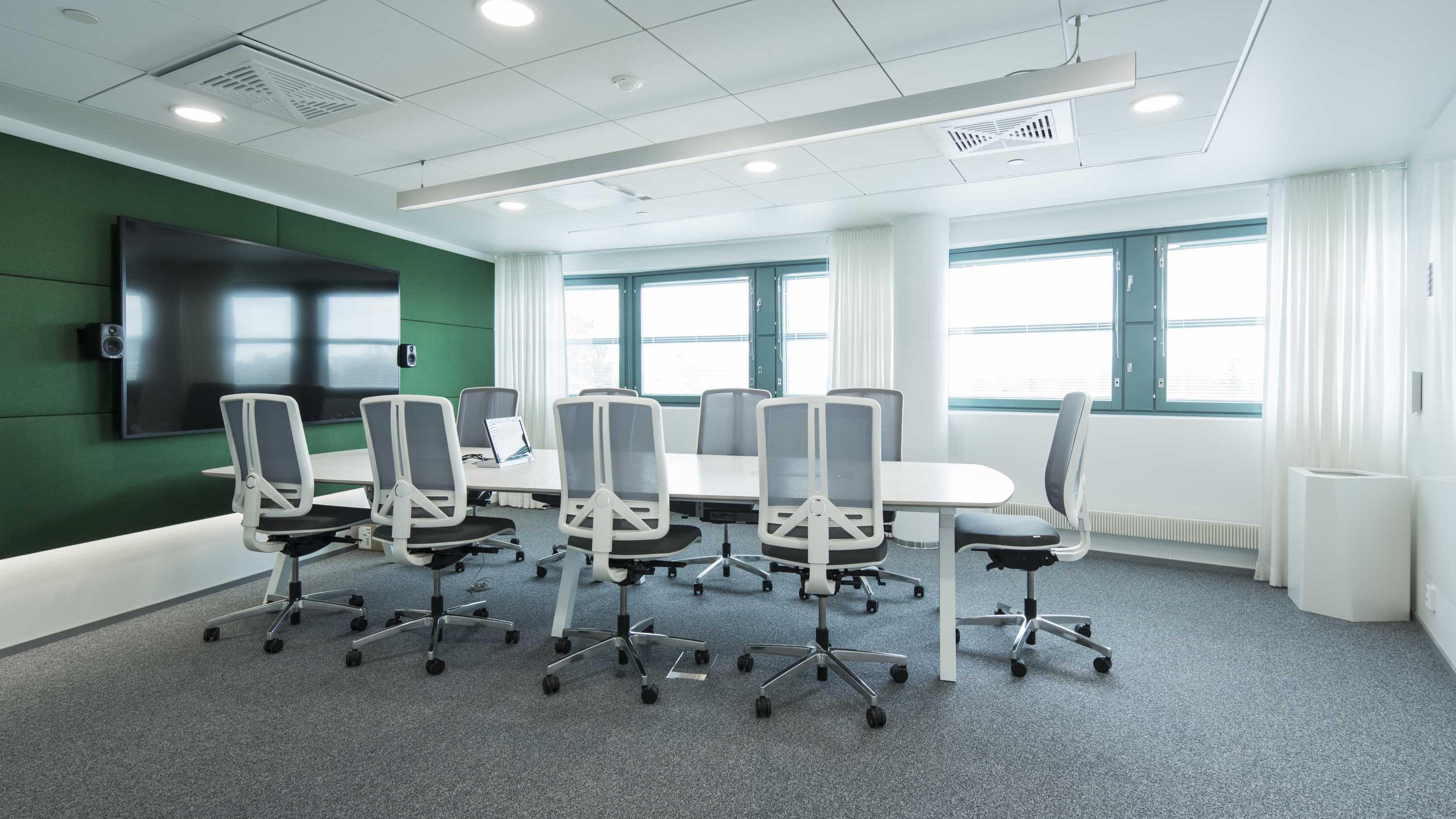 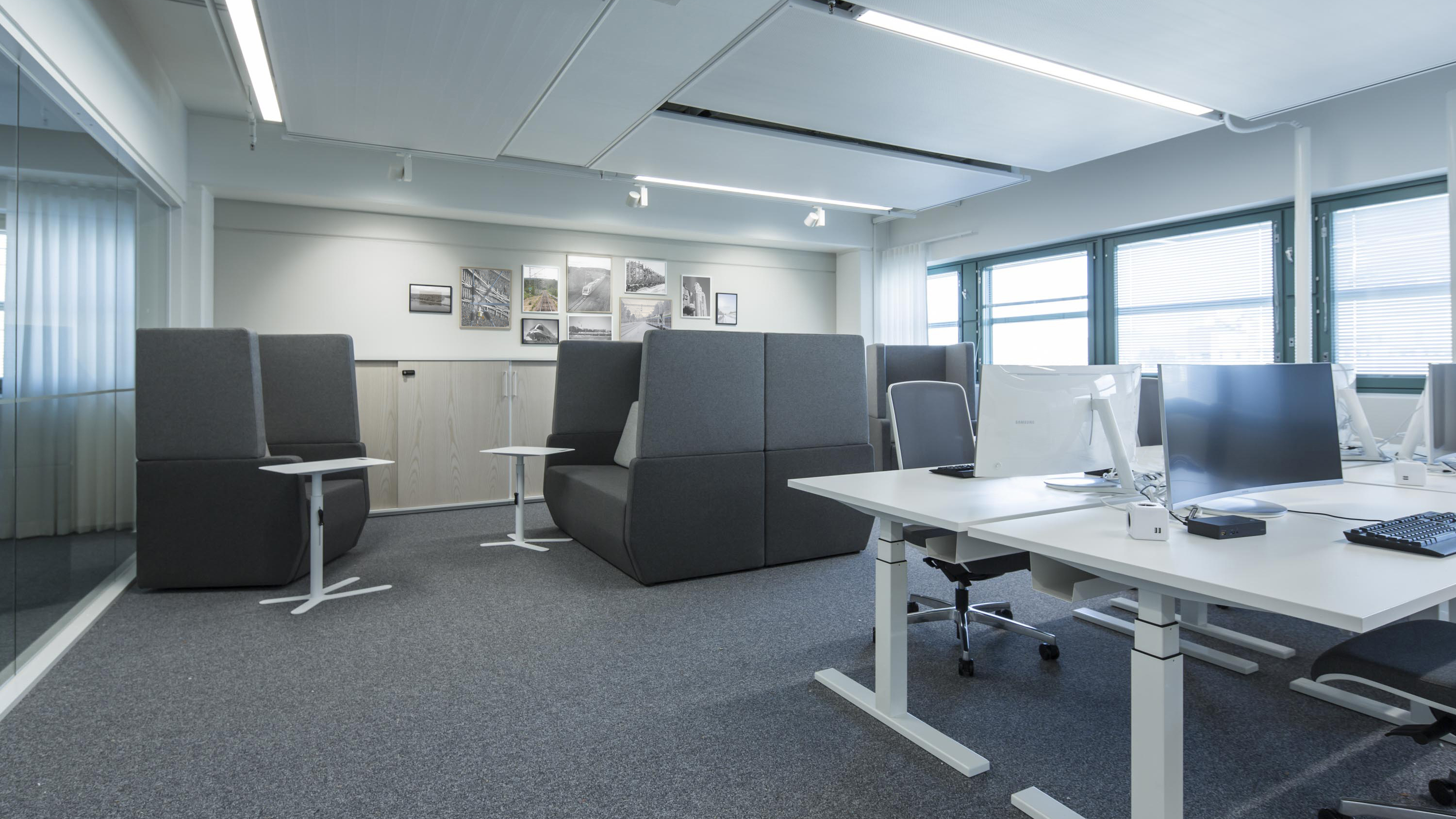 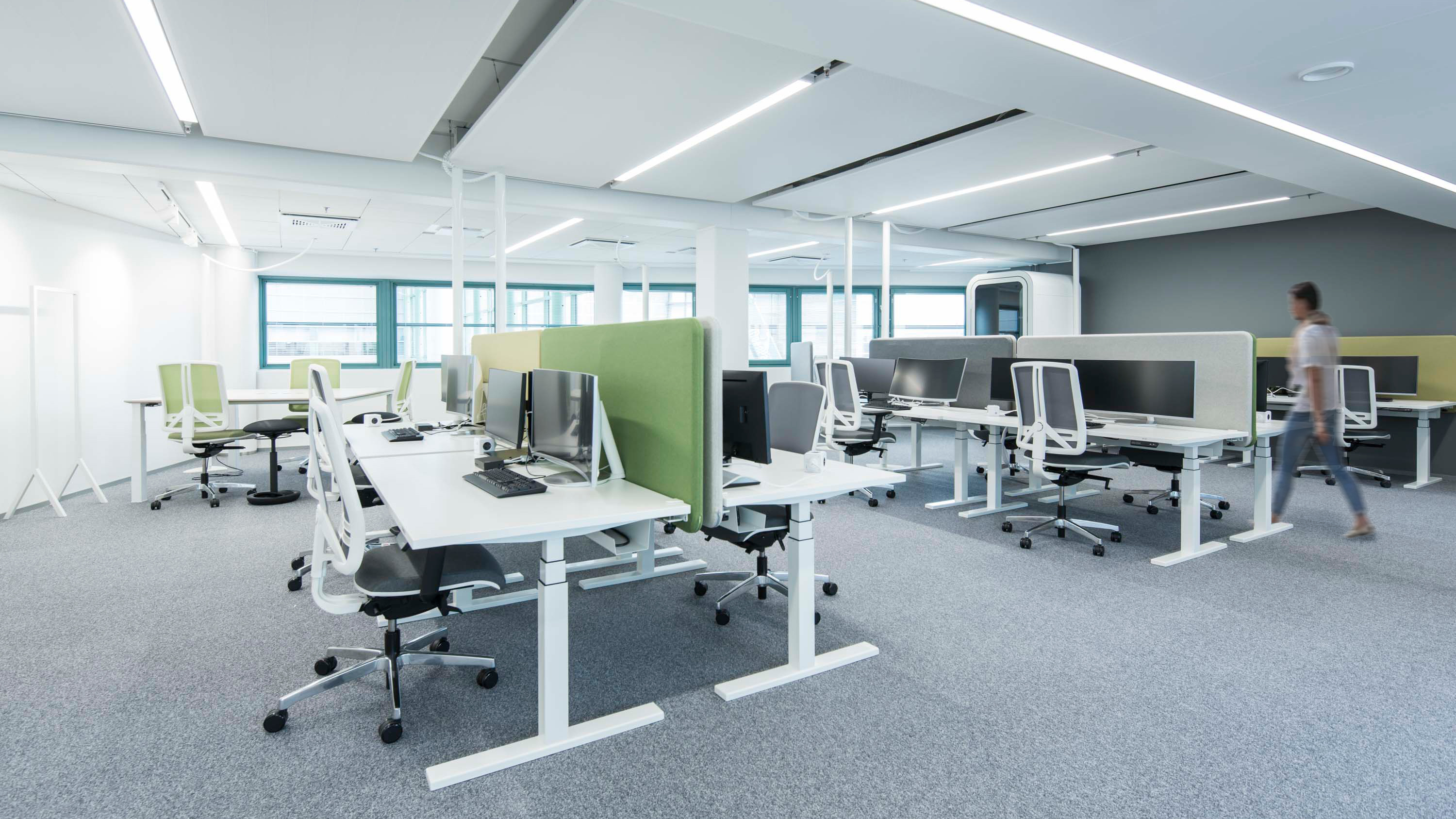 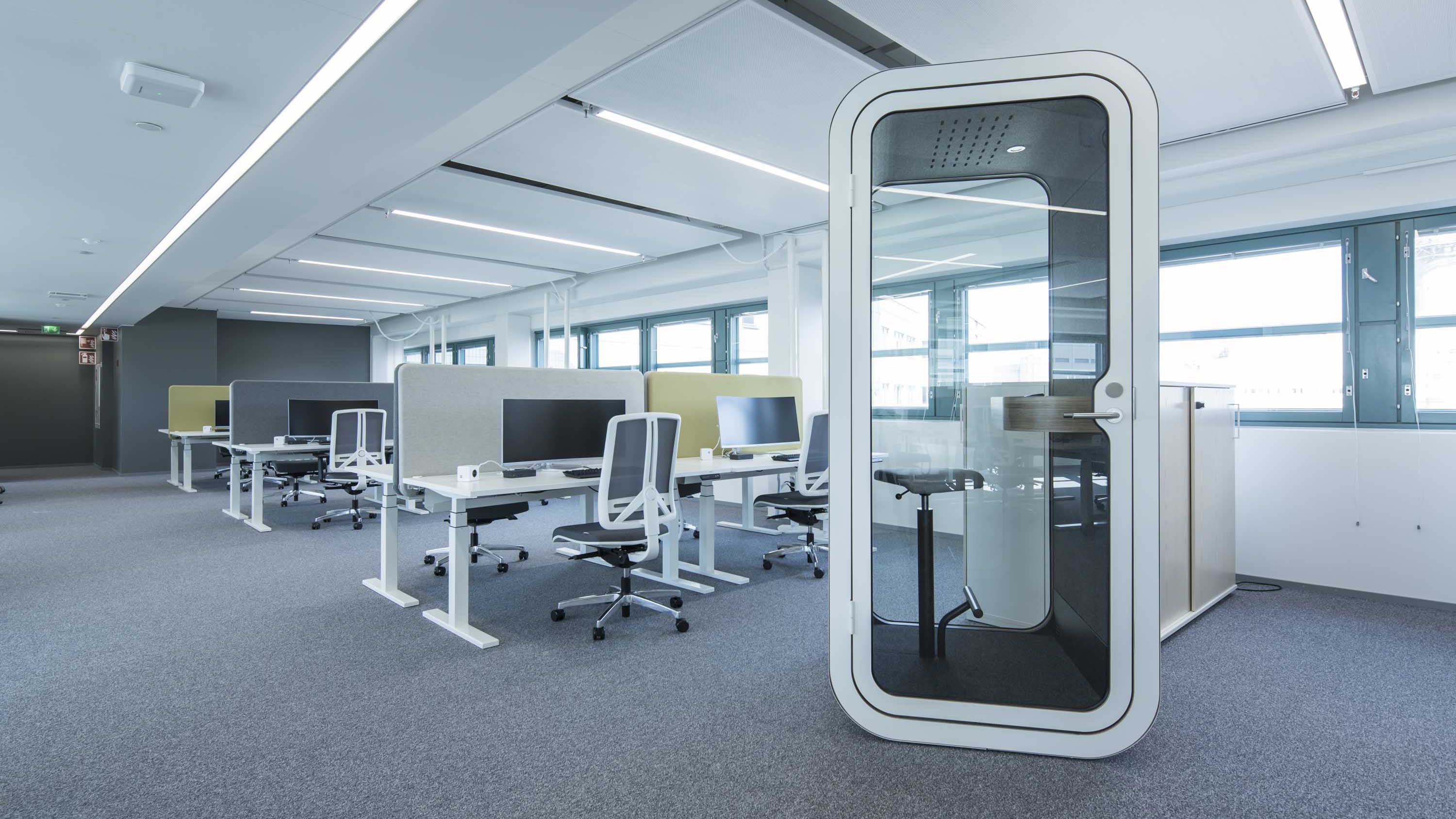 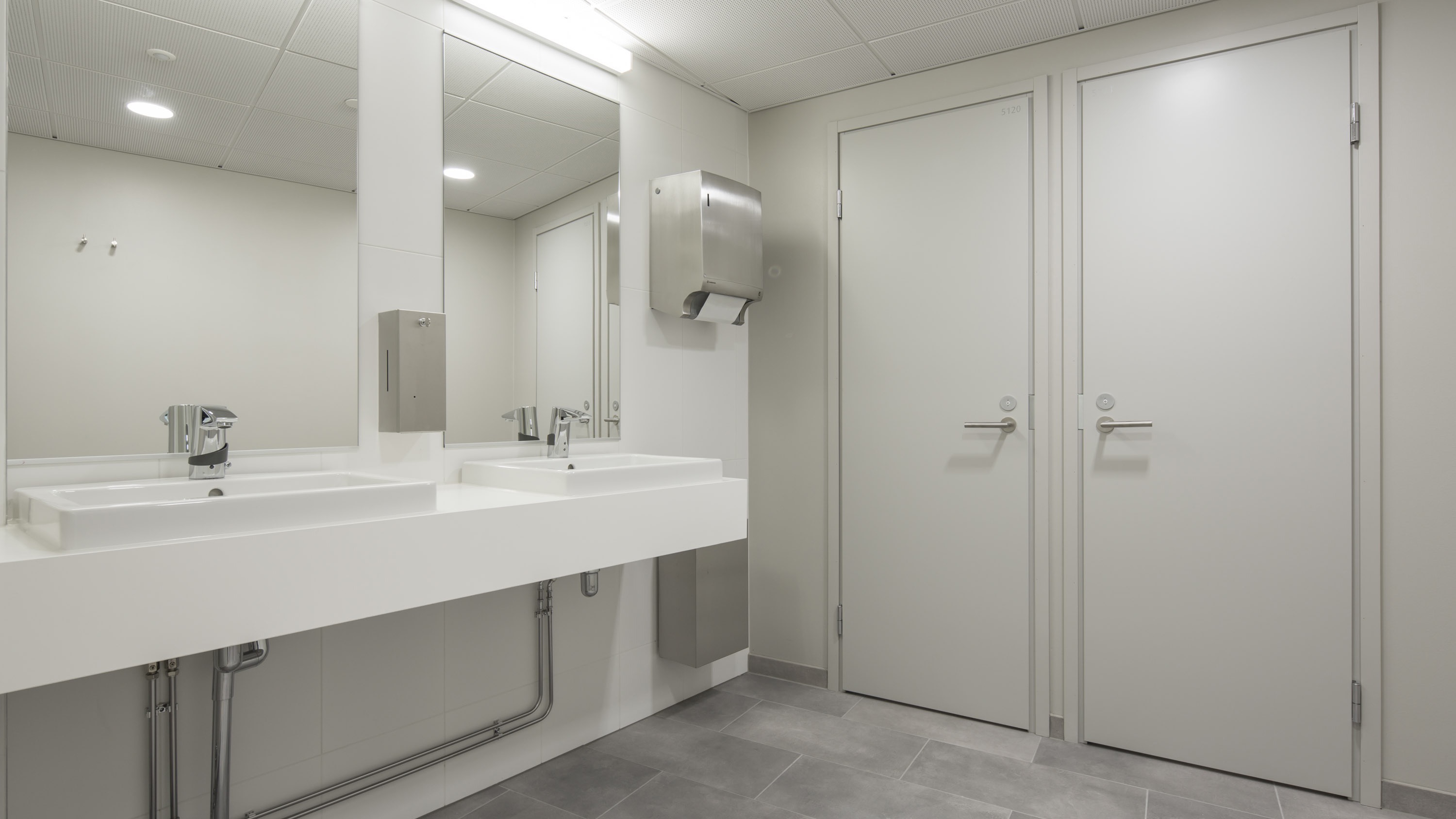 Social interaction has naturally increased as the spaces opened up. The new spaces allowed for more flexible, effective, and open work, and collaboration and interaction between the company’s different departments have become closer.