WOW, do we finally dare to talk about value creation?! 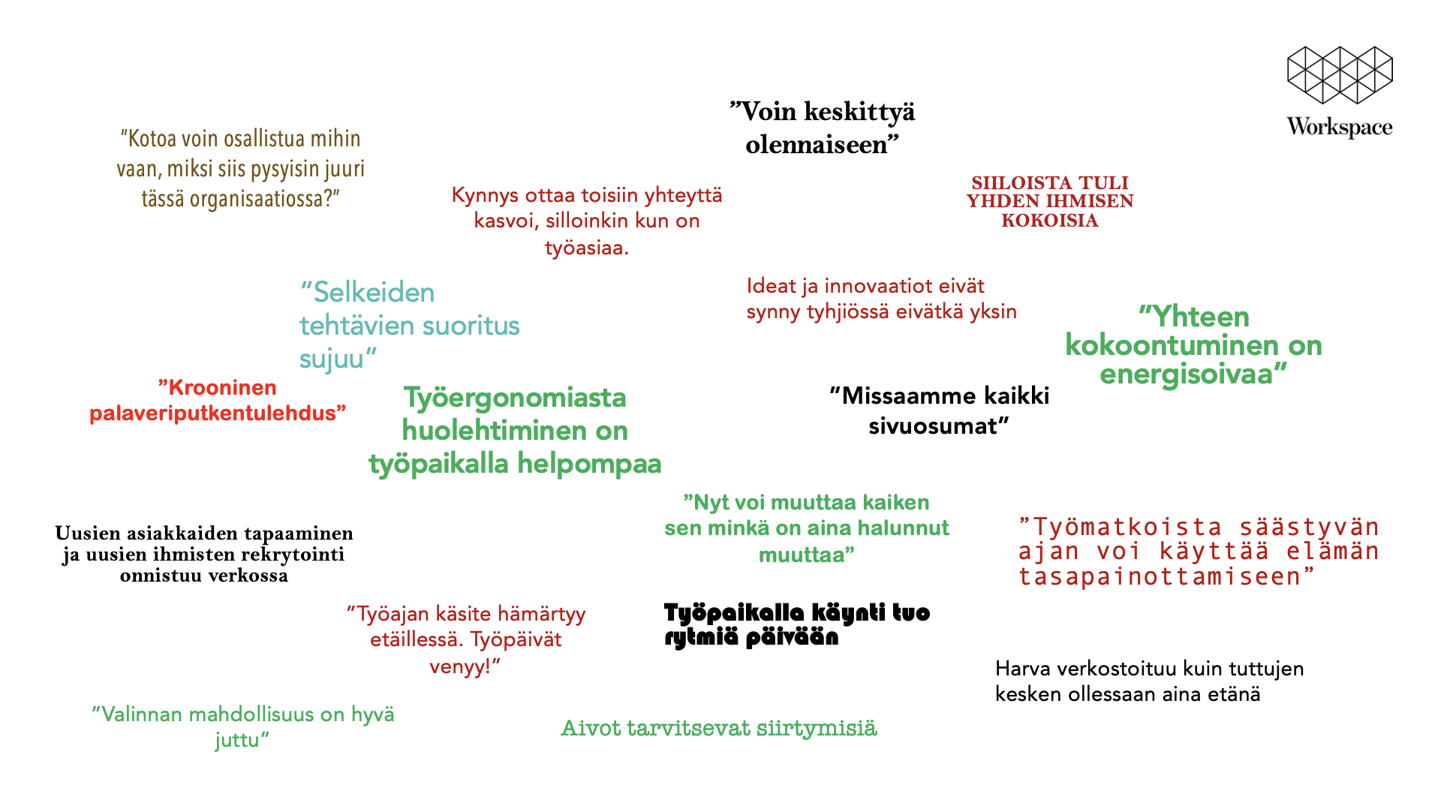 Inspired by an article published on 9.11.2021 and written by Veera Luoma-aho from HS Visio, and by Vincit’s Mikko Kuitunen’s thinking “On selfish terms – Teleworking favours high performers who complete their own to-do lists; helping others is just a hindrance. In the short-term, this makes us super-productive, but ultimately it costs the company dearly.”

Teleworking and in-person working are now common topics of discussion with customers and among friends. There’s no need to make small talk about the weather when you can update others about the company’s teleworking policy or your own hermit behaviour. It’s all so unavoidably self-centric. How I organise my time and what my optimal conditions are for tackling my own tasks.

More difficult and complex thinking requires us to consider what kind of working model would best allow for long-term value creation and learning. Where does an organisation’s impact come from? What makes a team excellent?

Social interaction and the value of work that is generated in an unexpected way, which is ultimately the most important factor when it comes to impact, are left unfulfilled if everyone simply completes their list of tasks from their own remote offices.

In HS Visio’s article, Mikko Kuitunen flagged systematisation. Luckily, we use various methods to identify, understand and perceive an organisation’s impact as a system, and thereby really get to the root causes of value creation and critical cause-and-effect processes.

Discussion around the return to the office revolves around how to return in a way that takes us forward instead of backwards and avoiding relapsing into old operating models. These considerations require us to go hard in two directions for this:

The pandemic has also accelerated systematisation’s move away from strategy and towards purpose. On the other hand, it’s always exciting to get up close and personal with people – to what extent do we, as entrepreneurs and companies, dare to involve ourselves in aspects of people’s private lives like home and working from home? Or how we would dare to walk alongside a person and tell them it’s impossible to develop alone at home as you aren’t exposed to anything? Or how we would add some balance between needing other people and time alone for your own wellbeing.

Rotting away in your own cubbyhole can’t be good for long-term impact, profitability, innovation, or for people’s wellbeing and development. Interaction that comes from social encounters is one of the most important elements for commitment. In the current conditions, the threshold to change employer is currently lower than ever.

Mikko says in the HS Visio interview that you can’t measure a smile. But it’s not too far of a jump from being able to measure the core of work; interaction. We are already able to investigate and interpret an organisation’s interaction dynamic, and measurement is improving constantly. So, it’s interesting to consider:

We want to help organisations, teams and individuals to harness their impact potential even when carrying out location-independent work. We challenge you to consider whether those exchanges in the corridor or by the coffee machine are a waste of time, or could untold value be hiding in these encounters in the long term?

Link to the HS Visio article mentioned in the text.

More information is available from: