The office as part of a corporate identity

Workspace helped us to create an office that is more than a place to work; it’s part of our identity. We know who to contact when we start to plan for our next, larger premises.” These are comments from Fourkind’s Mikko Pajulahti in early 2018 after the company moved into its new premises in Merikortteli. He could hardly have imagined how quickly everything would change during just one year: the number of staff at the newly founded technology and strategy consulting firm increased sharply, and the company had opened offices in Finland and two other countries. In just one year, their brand-new office in Helsinki had become overcrowded, so it was time to look for somewhere new.

Plans change along the way

The key things that the client was looking for in a new office were the size of the office, a central location, flexibility of the space for various forms of work, and functional acoustics. The biggest challenge was the pressing hurry: the customer wanted to be able to use the new premises as soon as possible. Brisk action meant that suitable premises were found in no time at all. In November 2018, the project had progressed to a complete floor plan, but then the idea suddenly fell through, and we had to go back to the drawing board.

After that, the pieces of the puzzle began to fall into place one by one. New premises were found in the beautiful art deco-style WTC building on Keskukatu in Helsinki. An agreement was signed and renovations began soon after. The result is an attractive office with its finger on the pulse, communicating Fourkind’s expert but youthful image to both customers and staff. The space plays boldly with surprising colours, and there isn’t a single pure white wall in the whole office. There are plenty of auxiliary spaces, like telephone areas, and the adaptable social interaction area from the original office was rethought: with light and sparse furnishing in the area, larger events could be held with rental chairs. Since the move, it has hosted, among other events, a seminar for more than 70 people.

Furniture choices dictated a tight schedule. It meant that we had to carefully select the elements we wanted to emphasise. There was no desire to compromise on the general mood set by the beautiful architecture or its appearance, so smooth collaboration with Vitra and Input Interior ensured that a sparing number of high-quality materials, such as a genuine leather sofa, were brought into the space. Creative solutions were found that paid homage to the old structures: bookshelves were playfully placed in the old door recesses, for example. The overall result came together brilliantly, creating a unique atmosphere for the office that conveys both style and a relaxed mindset.

In spring 2019, the space was awaiting the final finishing touches and were ready for new occupants. 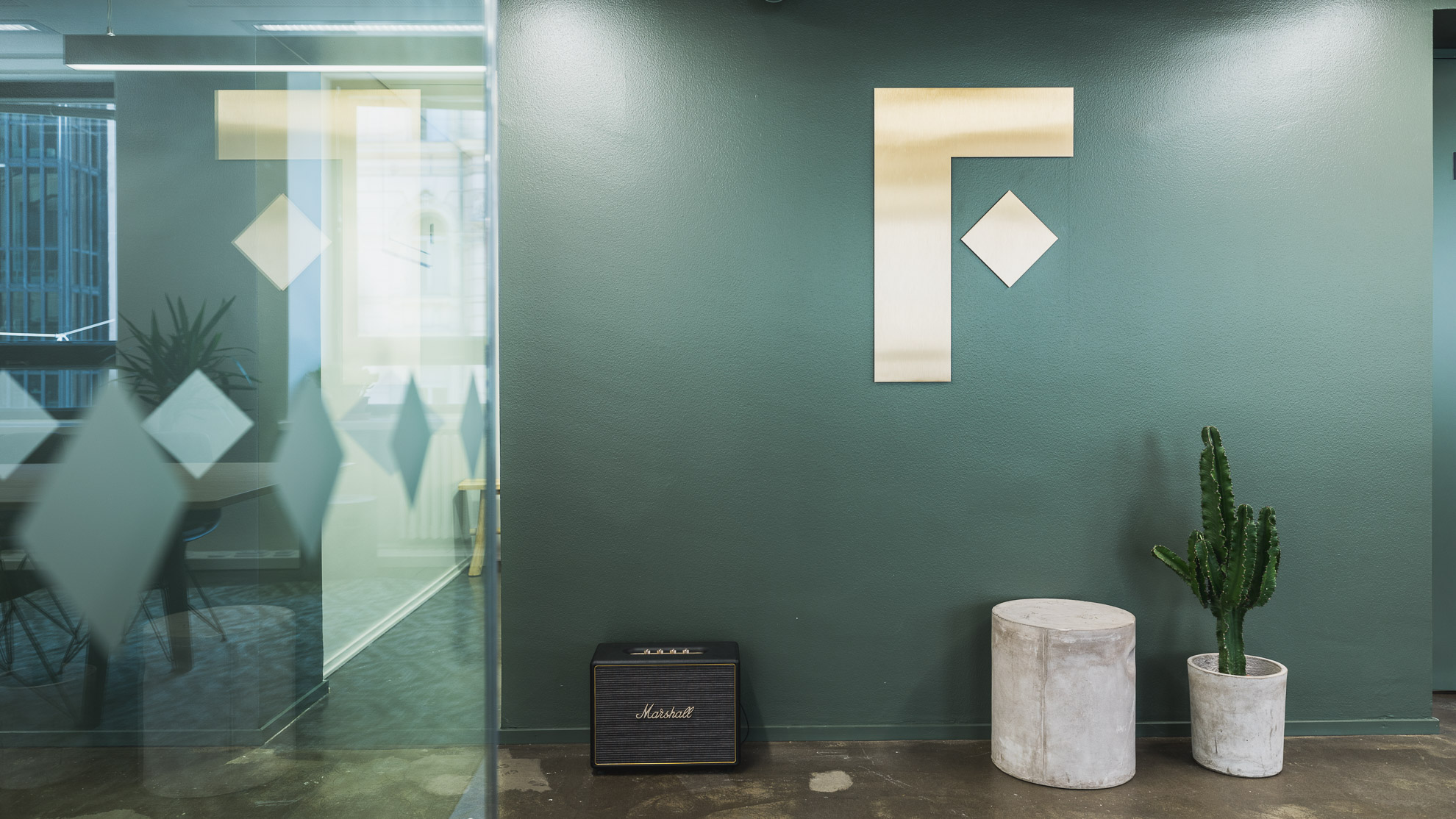 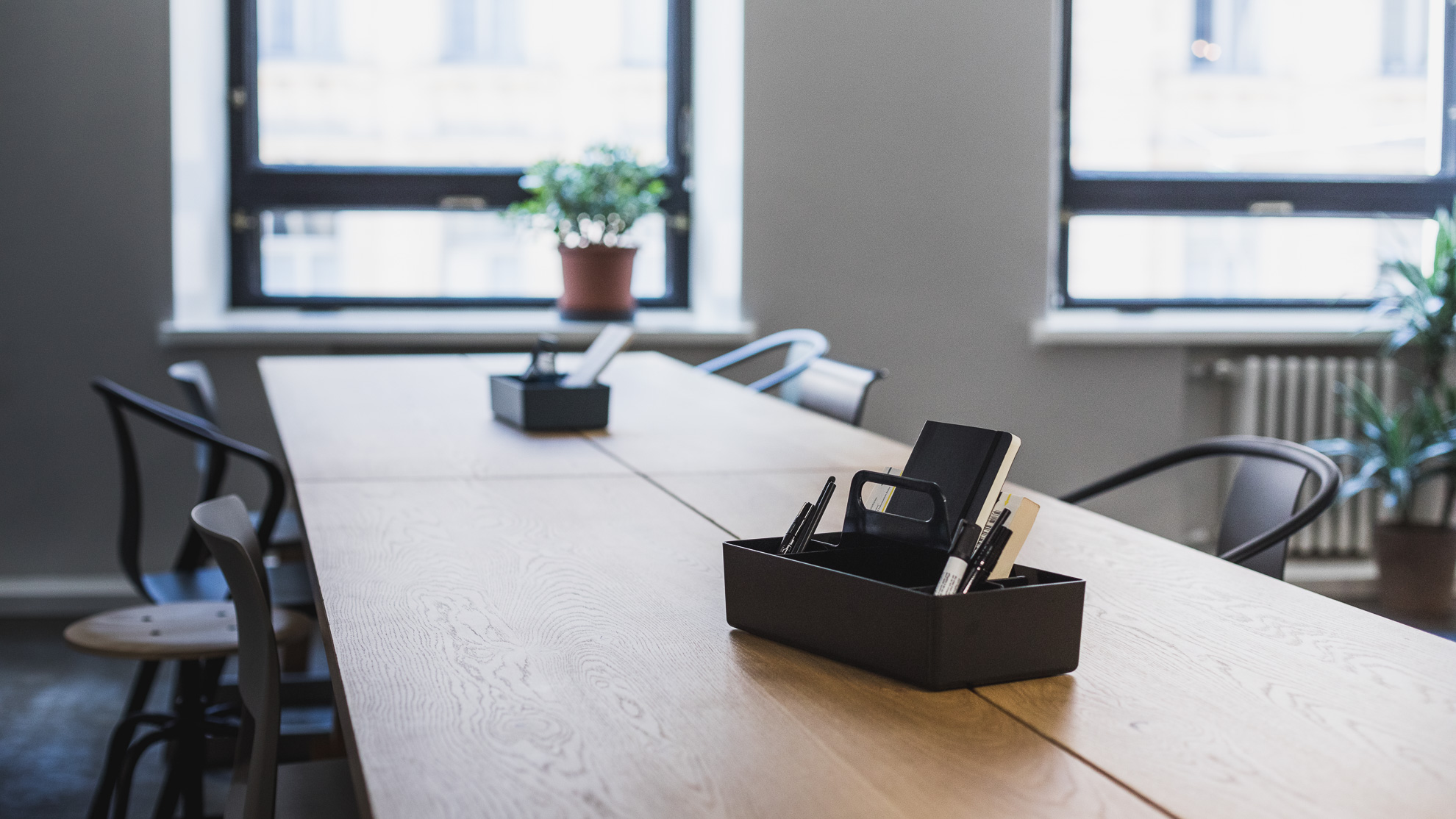 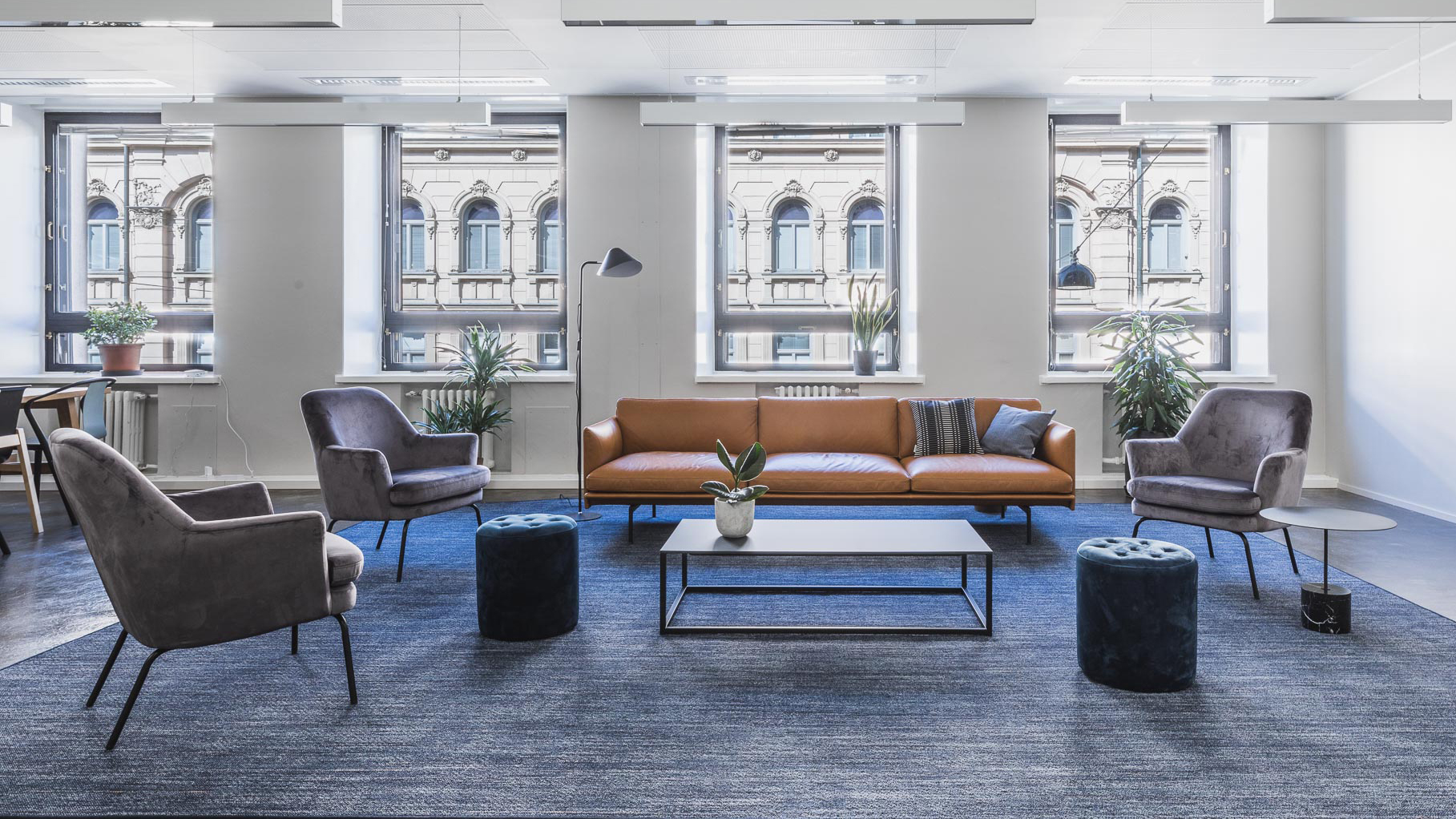 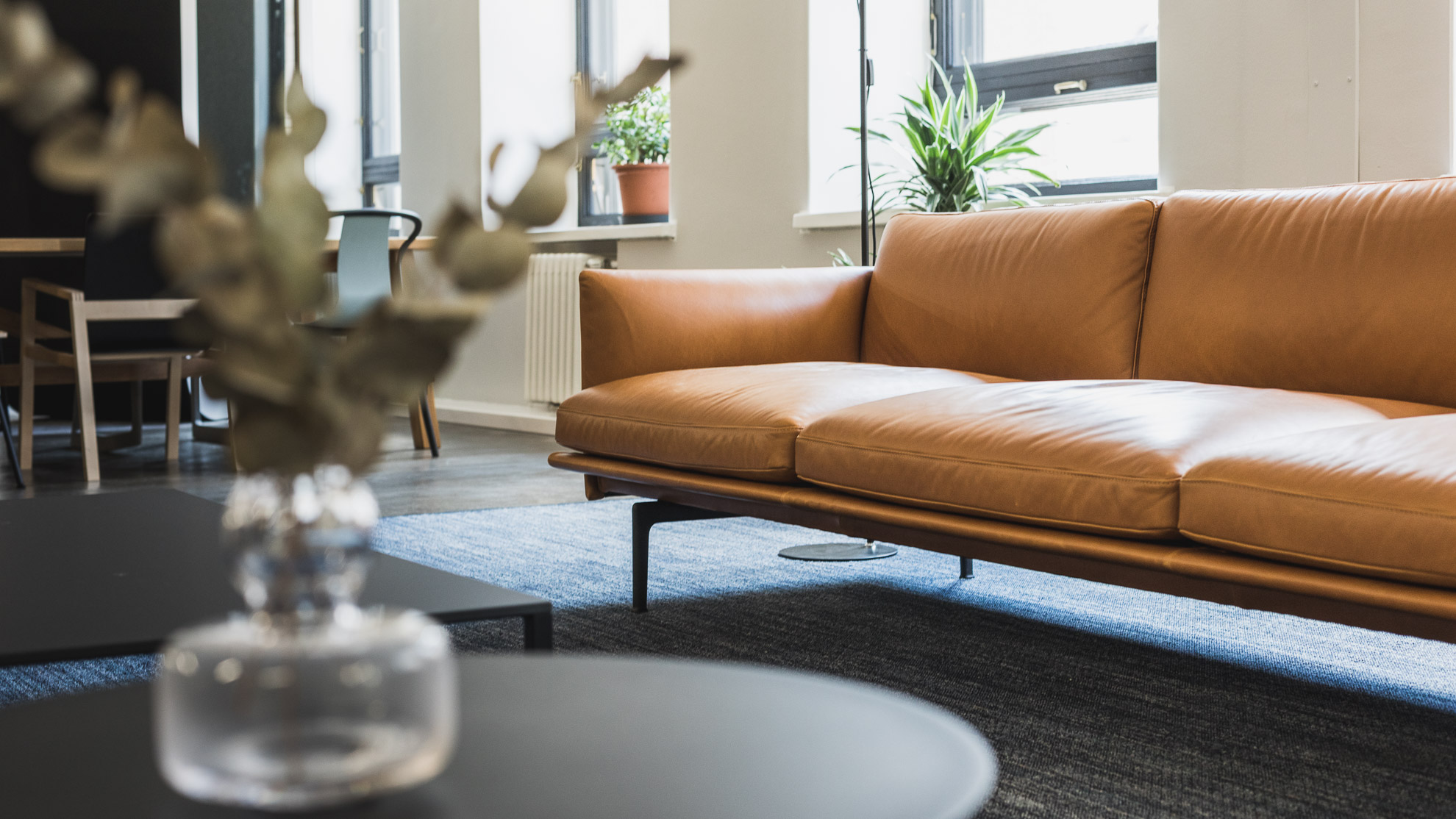 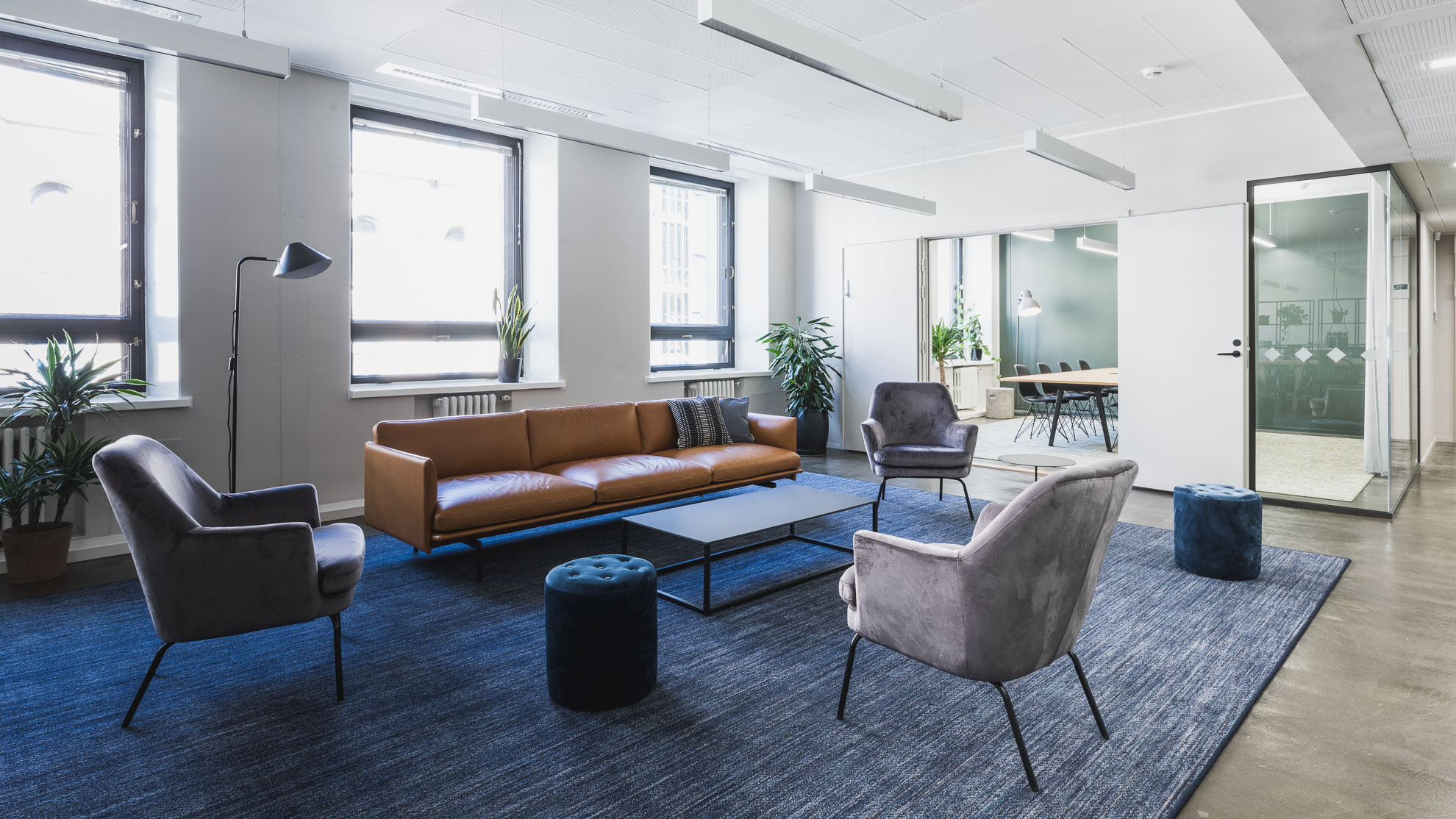 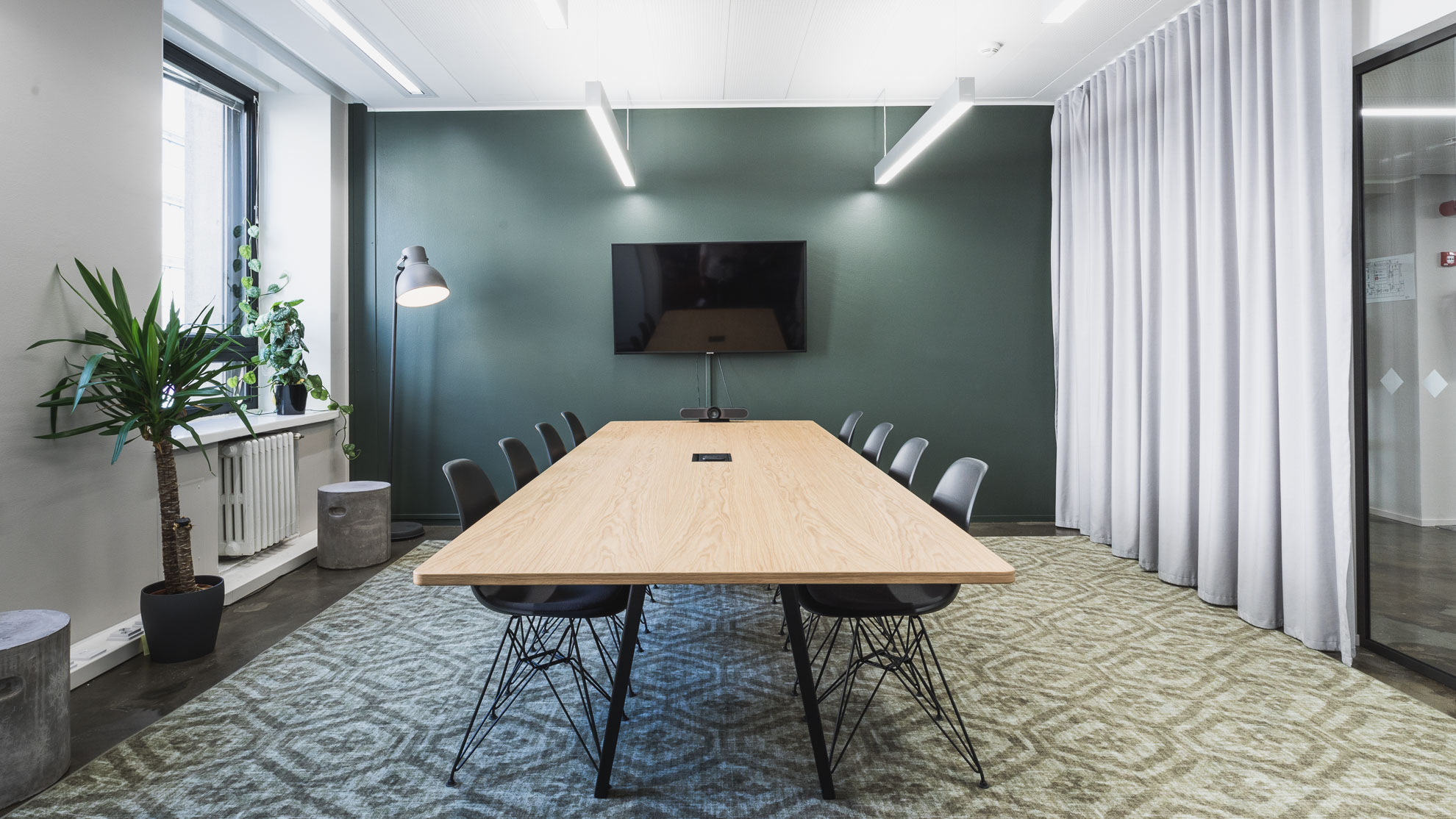 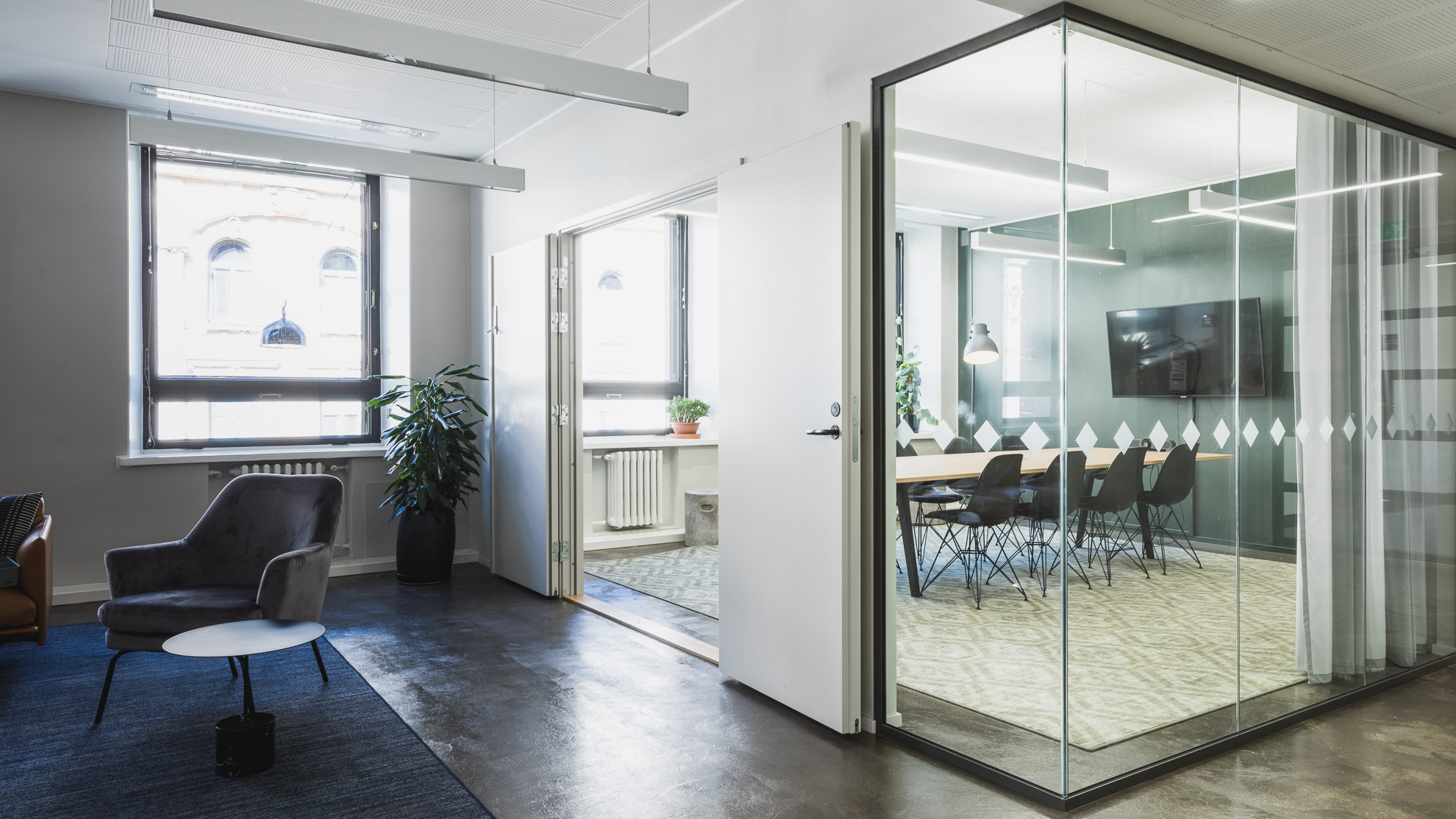 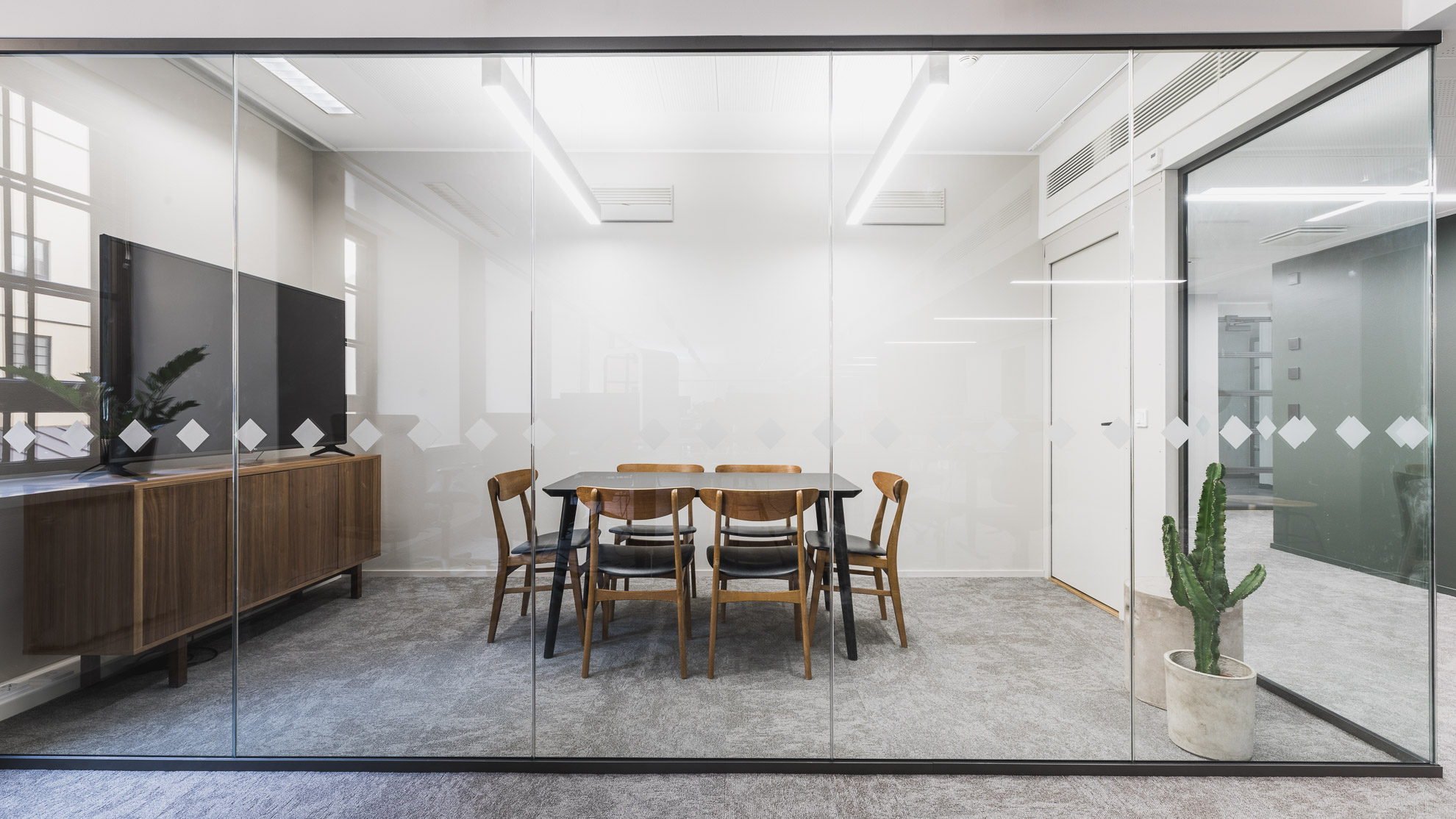 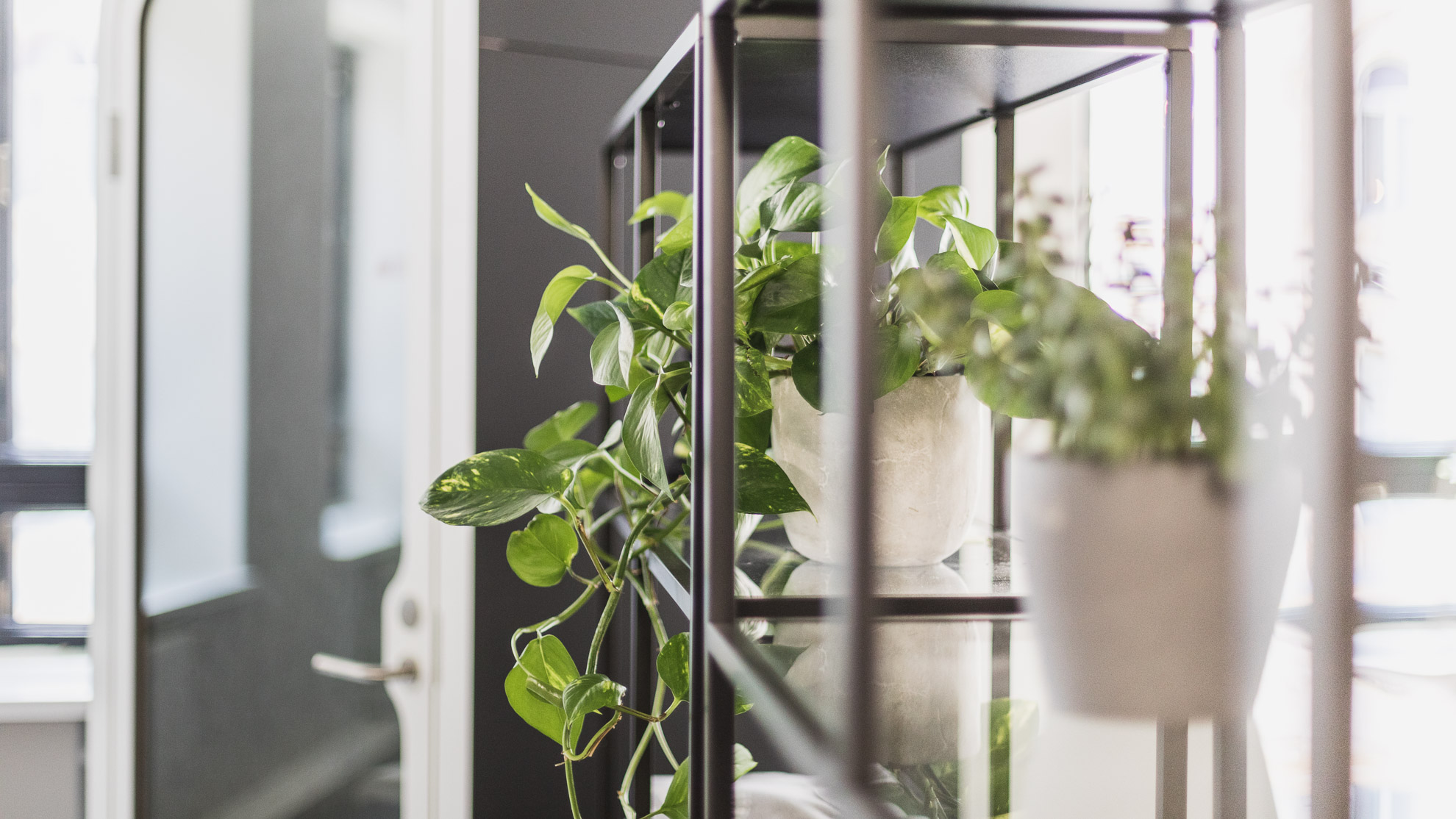 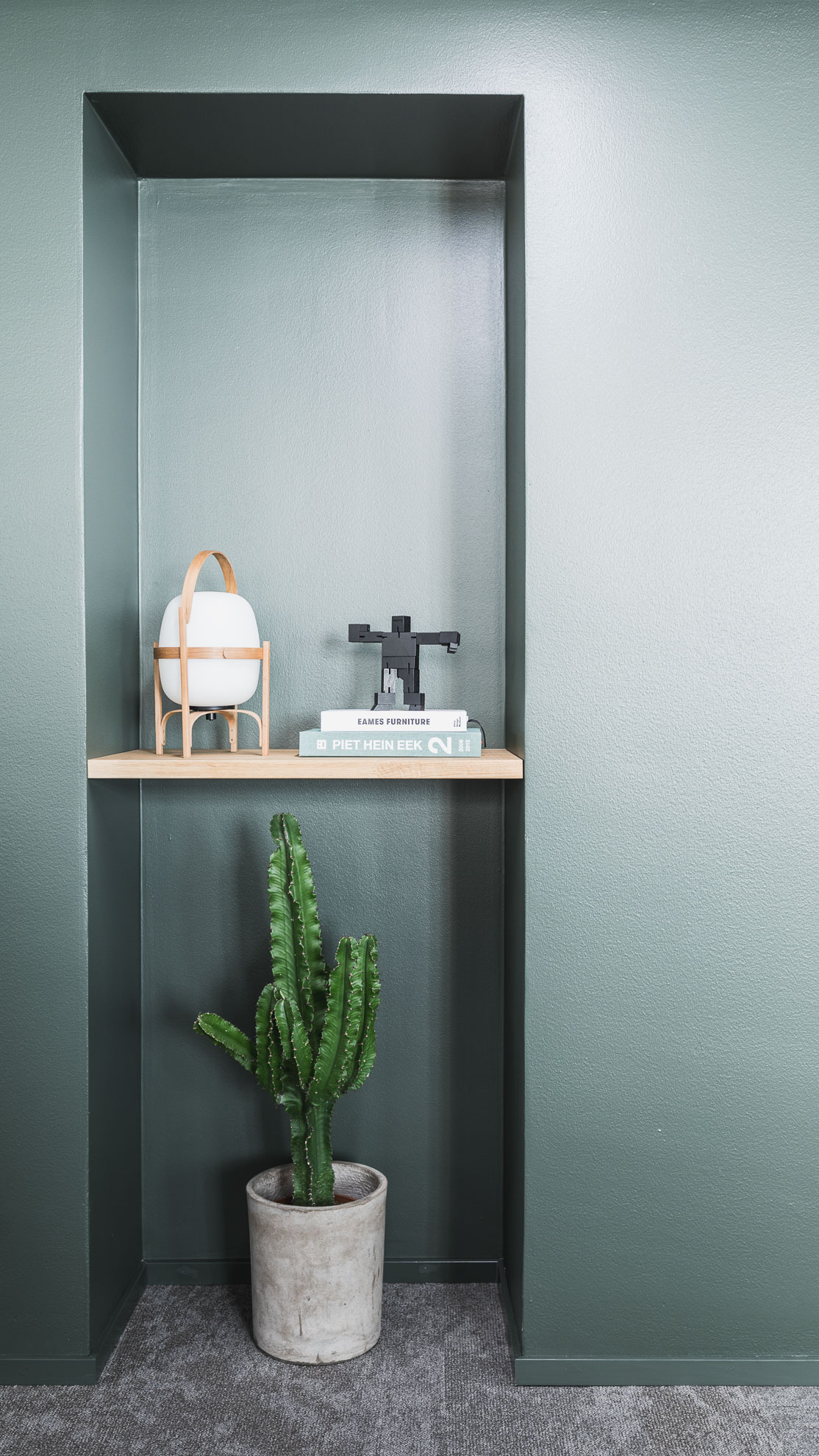 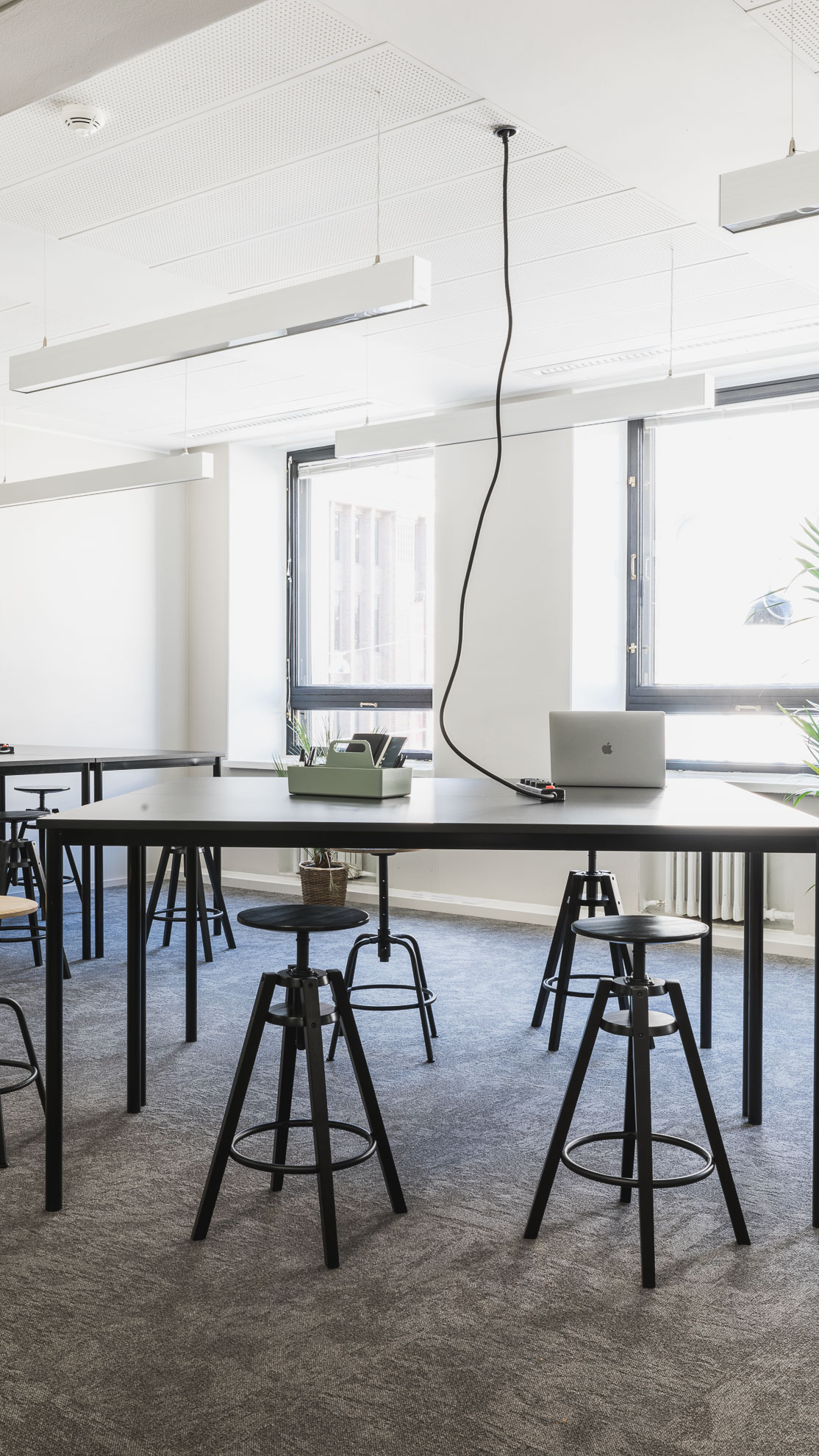 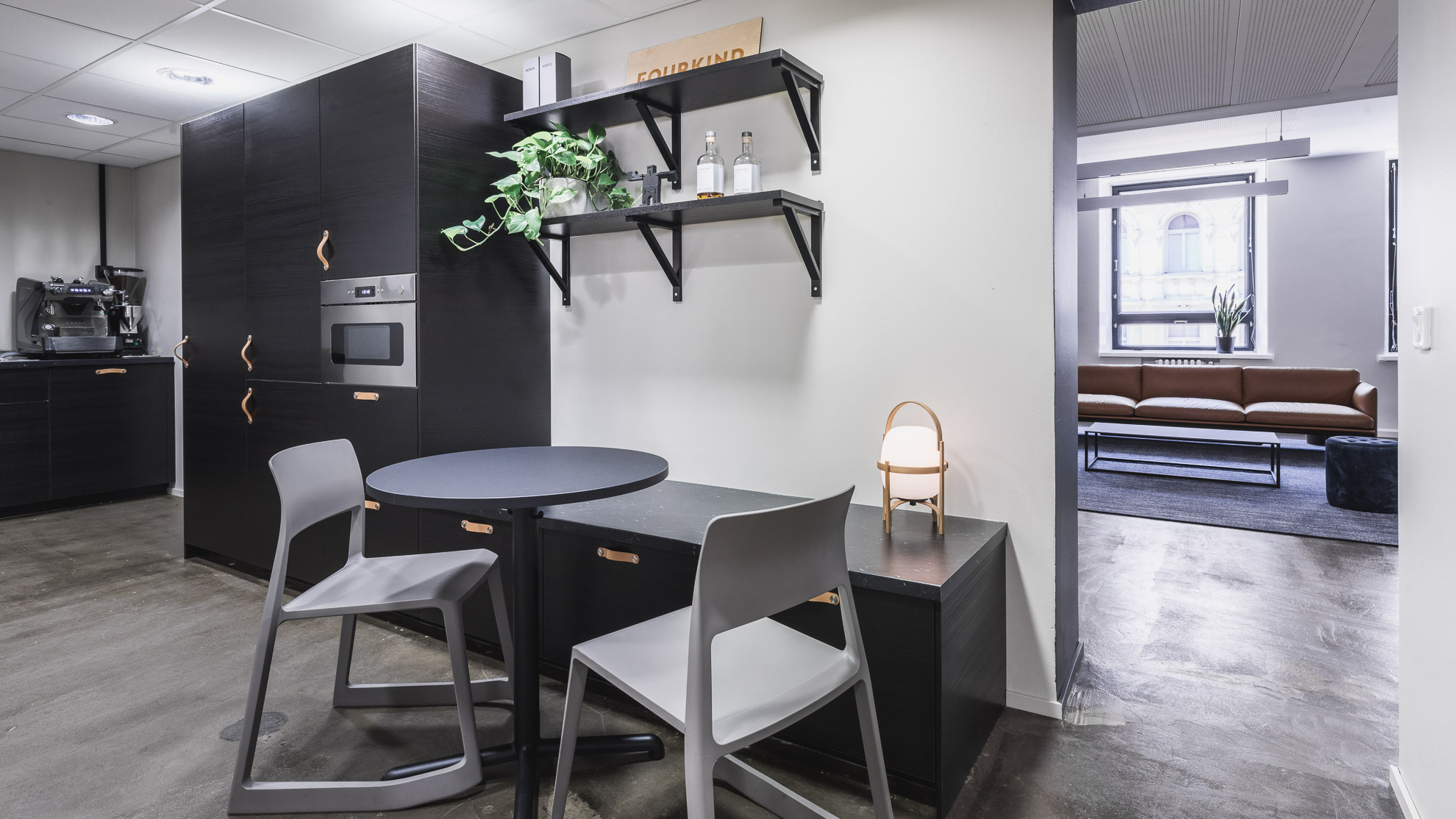 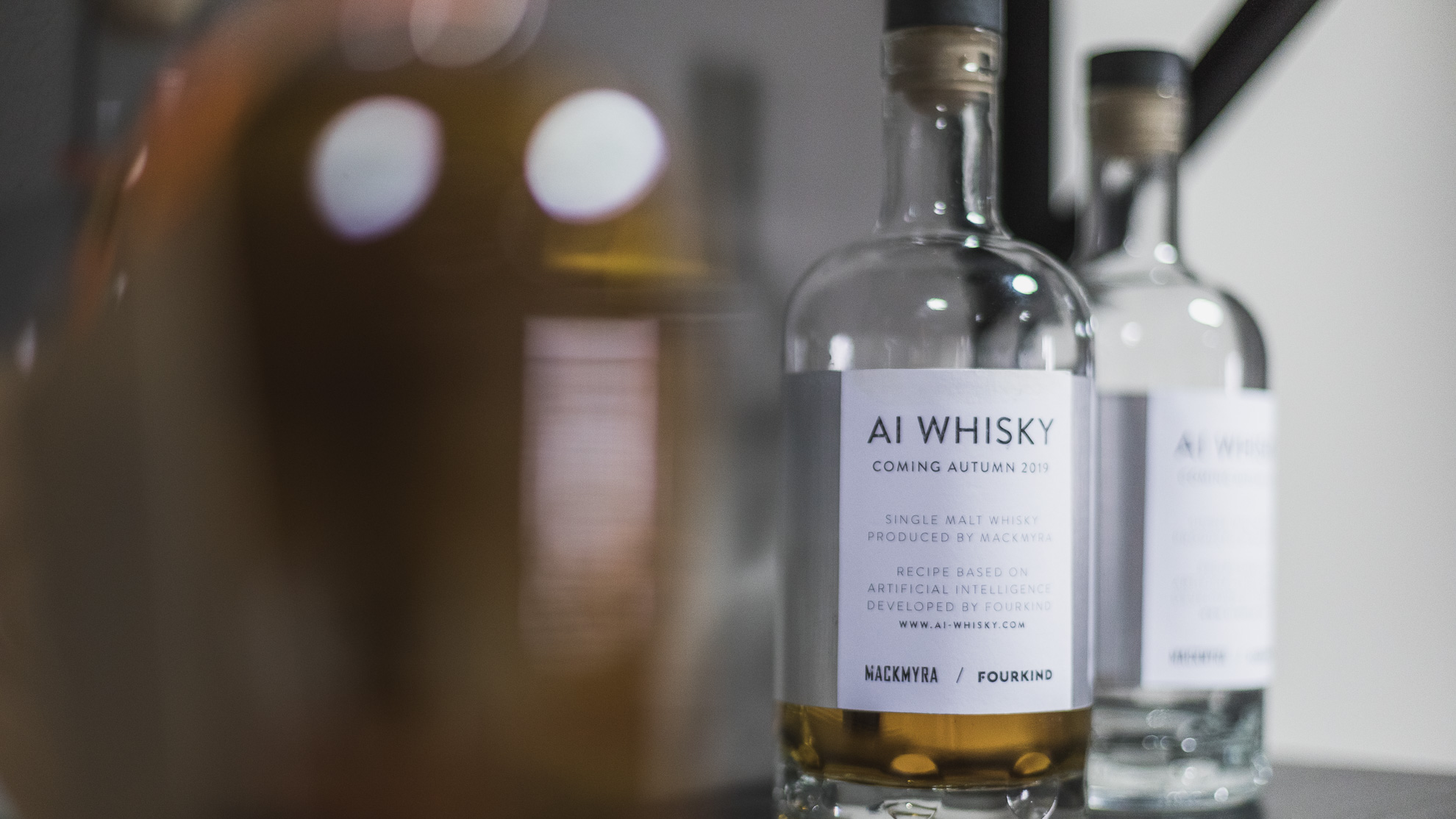 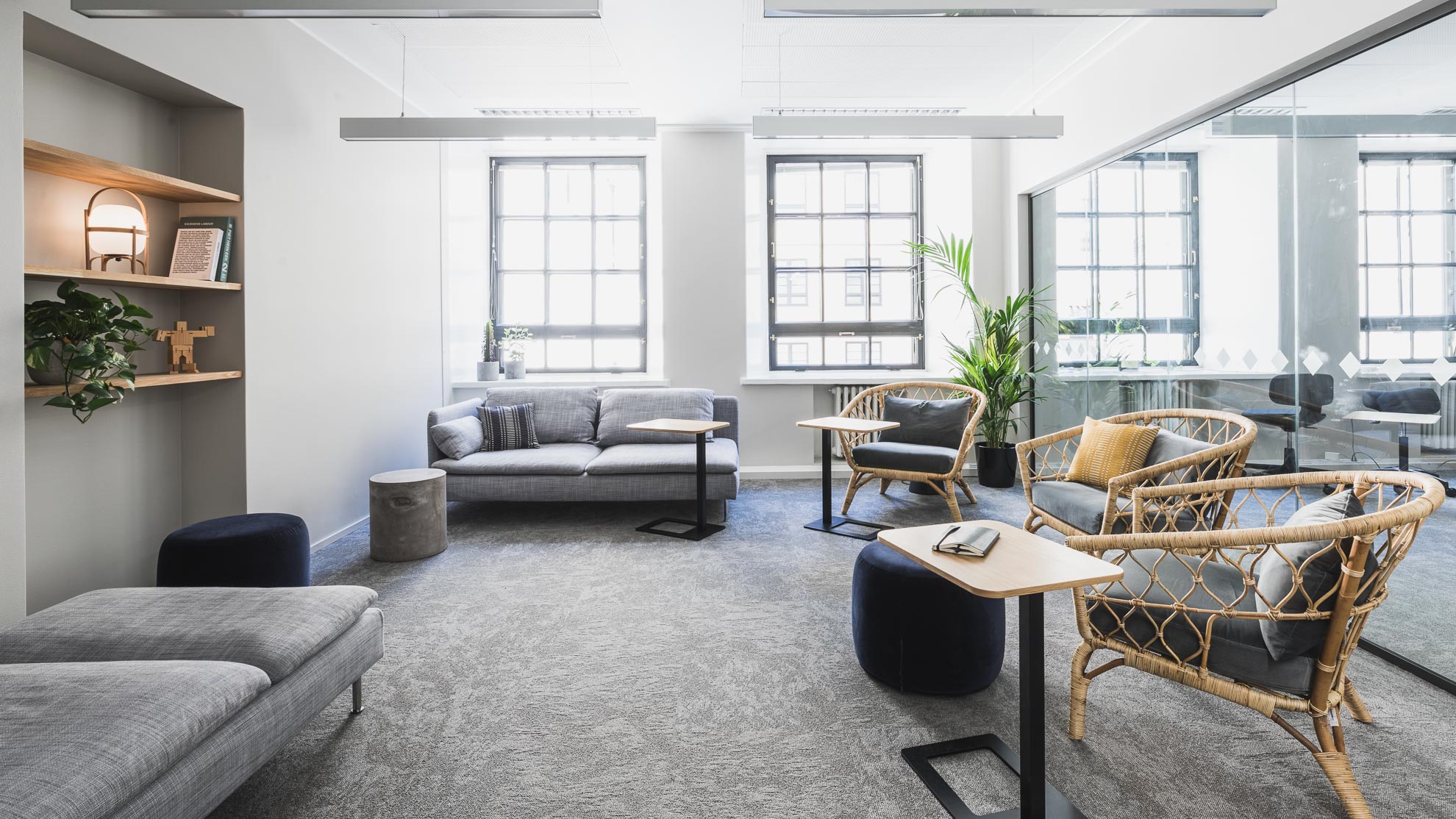 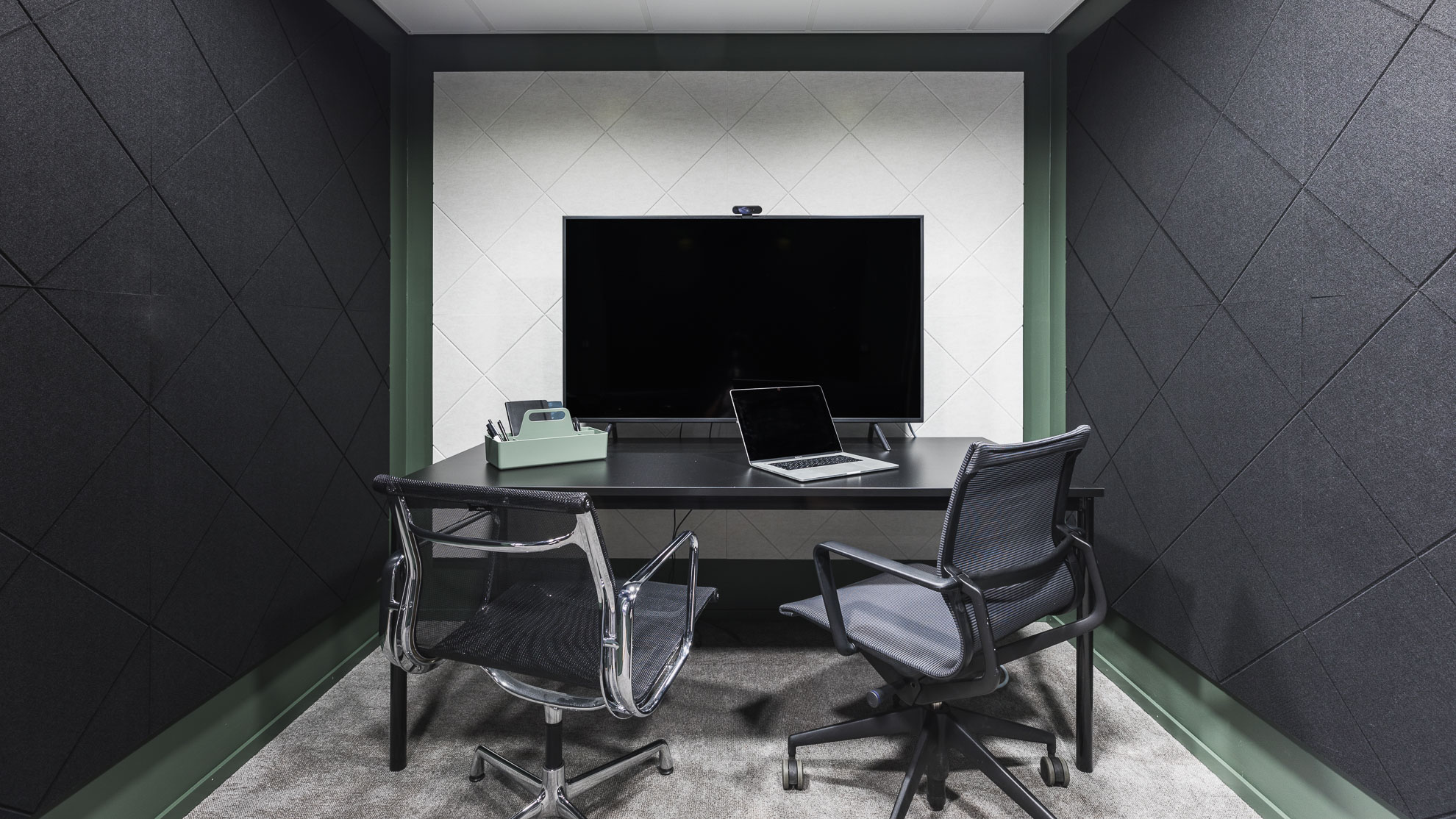 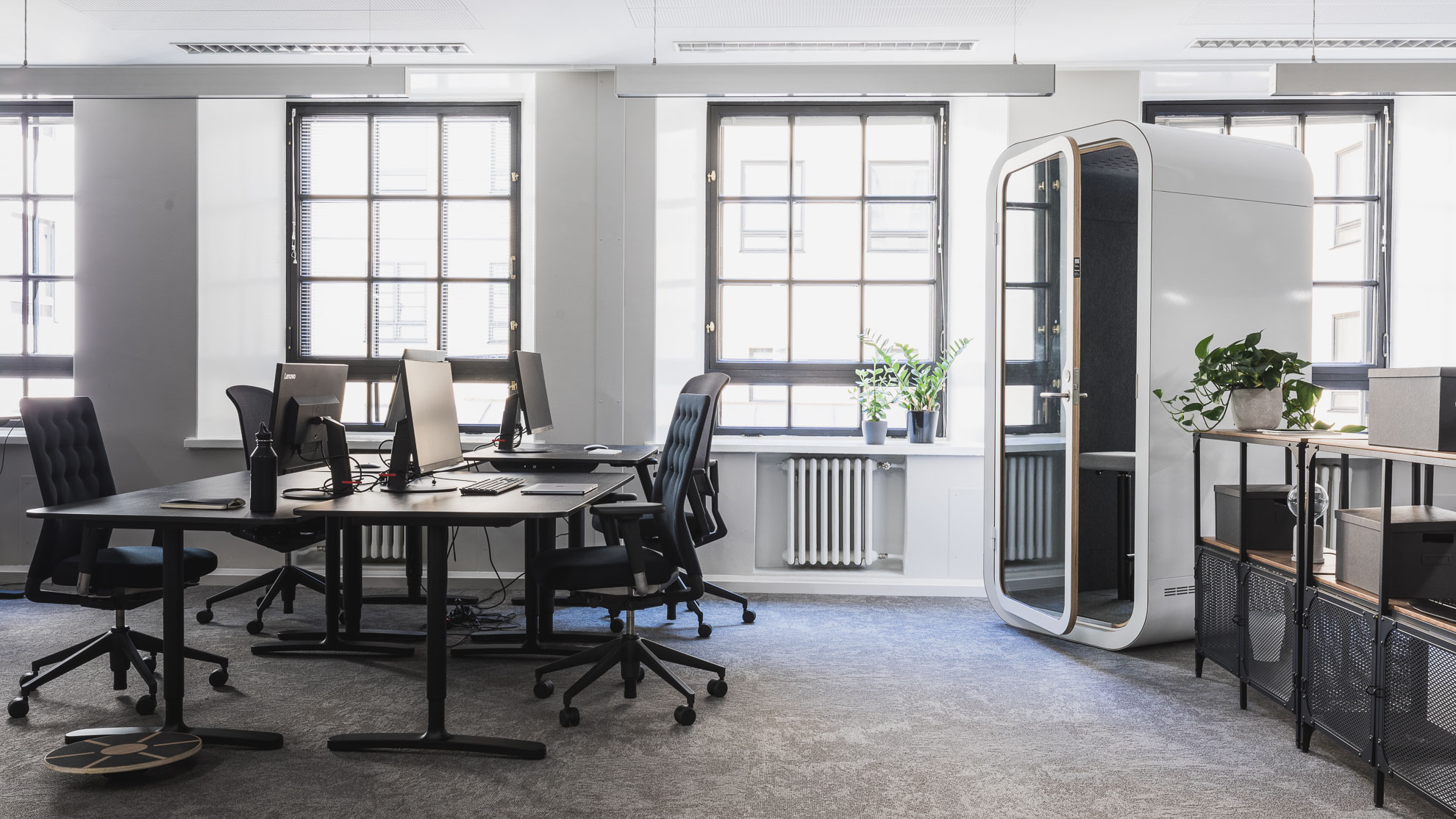 Most of the time, we work in the customer’s premises, but our new office also enables a model where we can now carry out workshop-model work, for example, together with the customer at Fourkind’s office. In addition to the change, the customer’s representatives are also given peace and quiet away from other internal affairs and can fully focus on the matter at hand.